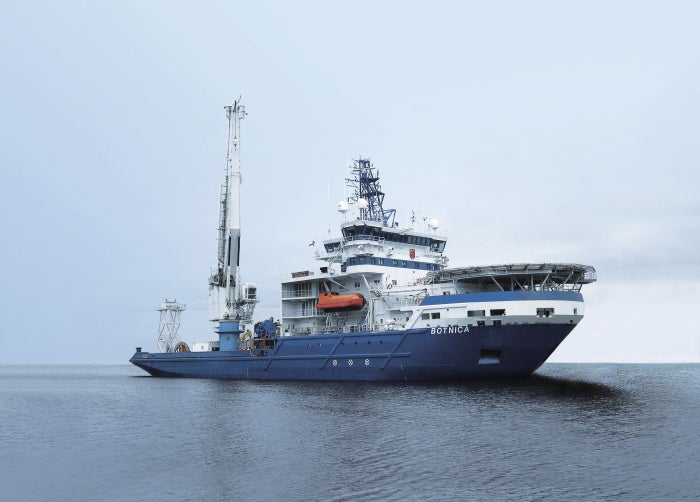 The Port of Tallinn has signed a €50m agreement with Finnish shipping company Arctia to buy icebreaking vessel MSV Botnica.

MSV Botnica, which has a length of 97m and width of 24m, is currently serving as a support vessel for underwater works in the Mediterranean.

The vessel is expected to be transferred to the Port of Tallinn upon completion of the work at the end of November 2012.

In addition to diesel-generators that offer 10 megawatts of power, the Botnica is also equipped with a Moonpool and a 160t crane.

MSV Botnica is capable of travelling at a maximum speed of 16.5 knots in open water, while maintaining a speed of 8 knots in ice up to 80cm thick.

Port of Tallinn CFO Marko Raid said: "We are planning to finance the purchase with a short-term loan from a commercial bank."

The Port of Tallinn is planning to refinance the purchase through a Nordic Investment Bank loan over an expected maturity period of up to ten years.

Upon delivery, the Port of Tallinn will use the vessel to provide icebreaking services in the Gulf of Finland under a ten-year contract signed with the Estonian Maritime Administration (EMA).

The Port of Tallinn will also provide crew for the services to EMA, which is responsible for organising icebreaking services in Estonia.

The vessel is expected to arrive in Estonian waters in the second half of December 2012, according to the company.

From 2014 onward, the winter navigation season will last from 20 December to 20 April.

MSV Botnica will be used to assist ships and convoys entering and leaving the ports of Muuga, Kunda and Sillamäe, as well as the ports in Tallinn Bay, Kopli Bay and Paldiski Bay.

Image: MSV Botnica is expected to arrive in Estonia in the second half of December 2012 to carry out icebreaking services in the Gulf of Finland. Photo: Port of Tallinn.