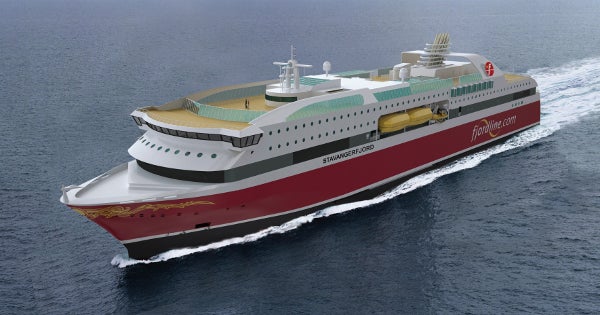 Each ferry will be installed with four gas engines, which will power a Promas rudder and propeller propulsion system, as well as help reduce nitrogen oxide (NOx) emissions by about 90%, and decrease sulphur oxide (SOx) and particulates emissions to negligible levels.

The company said that the emissions from its Bergen gas engines are already within the limits of the International Maritime Organisation’s Tier III environmental legislation, which is scheduled to come into force in 2016.

Rolls-Royce is scheduled to deliver the gas systems during 2012 and the passenger ferries are scheduled to be introduced into service between the west coast of Norway and Denmark in the summer of 2013.

The first ship, MS Stavangerfjord, will enter service in May 2013 and the second, MS Bergensfjord, will be ready for service a few months later.

Fjord Line CEO Ingvald Fardal said: "In this way, Fjord Line will meet the new, stricter standards for sulphur content in fuels long before the deadline in 2015."

Image: Fjord Line’s MS Stavangerfjord, the first international passenger vessel in the world to be powered by LNG, is scheduled to enter service in May 2013. Photo: Rolls-Royce

The Global Submarine and MRO Market in France to 2025: Market Brief