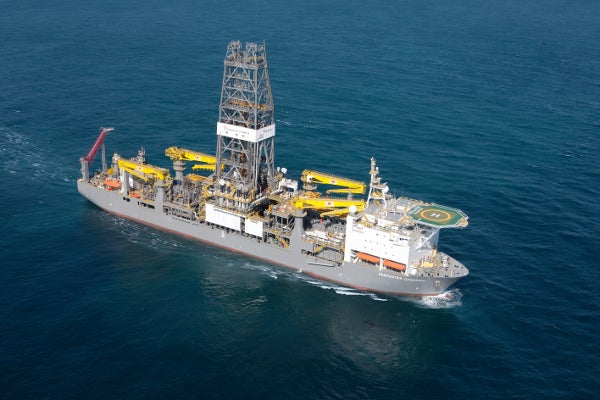 Rolls-Royce has received orders worth over £70m to supply large thrusters for offshore drilling vessels from several customers.

The latest orders, which include options for additional thrusters, are from different customers who are expanding their drillship fleets for deep water and harsh conditions.

All drill ships will be of similar design, with each having a hook load capacity of 1250t, and will be capable of working at water depths of 12,000ft.

In addition, the drill ships will be equipped with seven ram configuration of the blow out preventer (BOP) stack, as well as storing and handling capacity for a second BOP.

Pacific Drilling has ordered a 4,500kW thruster for its drill ship while Ensco ordered more powerful thrusters of the same design for its own drillship; both drill ships will be built at SHI shipyard.

In June 2012, Ensco exercised one of two options for an additional DP3 ultra-deepwater drillship with SHI.

The vessel, Ensco DS-9, will be the seventh Samsung DP-3 drillship to join the Ensco fleet and will be built at a cost of $645m.

Based on the Samsung GF12000 hull design, the ultra-deepwater drillship will be 755ft long and 125ft wide and is scheduled to be delivered in the fourth quarter of 2014.

The vessel will provide a payload of more than 22,000t and will be equipped with a 1,250t hoisting system.