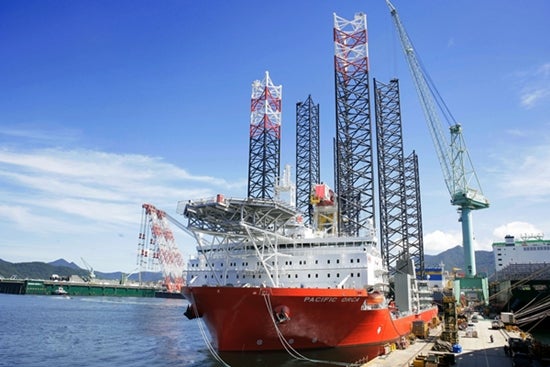 Pacific Orca has a length of 161m, breadth of 49m and depth of 10.4m, and is the world’s largest vessel for installing Wind Turbine Generators (WTGs), capable of transporting and installing 12 units of 3.6MW design.