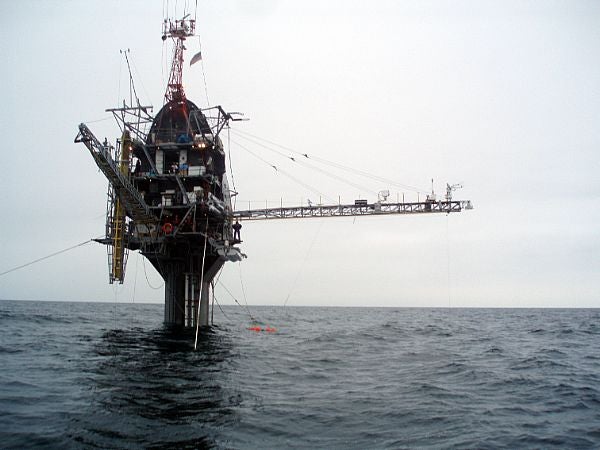 The US Department of the Navy’s Floating Instrument Platform (FLIP) recently celebrated its 50th year of service in the Pacific Ocean.

The FLIP vessel is a 355ft manned spar buoy designed as a stable research platform for oceanographic research which can flip from horizontal to a vertical position by pumping 700t seawater into the submerged end of the platform.

The vessel can be rise to vertical position in just 20 minutes rising 55ft above the ocean surface while the rest of the hull reaches 300ft below the water.

FLIP was designed by Phillip Rudnick, Fred Fisher and Fred Spiess and was launched in 1962 at Marine Physical Laboratory’s (MPL) shipyard in Portland, Oregon, US, as part of an anti-submarine rocket programme.

It is owned by the Office of Naval Research (ONR) and operated by the Marine Physical Laboratory at Scripps Institution of Oceanography at University of California, San Diego.

"In recent times, we’ve done a lot of the marine mammal research because FLIP has the ability to be very quiet in the vertical position.

We can place hydrophone arrays far below the surface and put marine mammal observers up top to correlate the signals from the animals to the visual observations."

The vessel was used by researchers for experiment called High Resolution Air-Sea Interaction project, which measured wind and swell conditions in 2010 and data generated from it is used to improve weather models and other ocean-atmosphere databases.

The platform does not have its own propulsion system and requires to be towed to research locations in the ocean.

Image: FLIP can rise to vertical position of 55ft above the ocean surface while the remaining part of the hull reaches 300ft below the water. Photo: US Navy