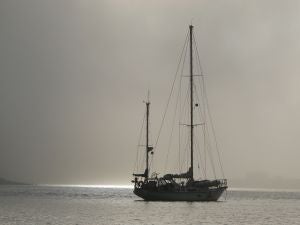 In the first six months of 2012, worldwide sea piracy has declined by 54%, led by a drop in Somali piracy, according to the International Maritime Bureau’s (IMB) latest piracy report.

The new report published by the IMB piracy reporting centre (PRC) recorded 177 piracy incidents in the first half of 2012, compared to 266 incidents during the same period in 2011.

20 vessels were hijacked around the world, with a total number of 334 crew members taken hostage, while a further 80 vessels were boarded, 25 fired upon and 52 reported attacks.

According to the report, pre-emptive and disruptive counter-piracy attacks by international navies, including the disruption of mother vessels and pirate action groups, helped reduce the number of incidents off Somalia.

Somali pirates hijacked fewer vessels and seized 13 in the first half of 2012, down from 21 last year. Attacks declined to 69 in the first six months of 2012 from 163 over the same period a year ago.

IMB director Pottengal Mukundan said that Somali pirate attacks cover a vast area, from the Southern Red Sea, Gulf of Aden and Gulf of Oman to the Arabian Sea and Somali Basin, threatening all shipping routes in the north-west Indian Ocean.

"The naval actions play an essential role in frustrating the pirates. There is no alternative to their continued presence," Mukundan said."

The drop in piracy is also due to the effective deployment of best management practices, ship hardening and the increased use of privately contracted armed security personnel (PCASP), IMB said, while also warning that it was offset by a worrying increase of attacks in the Gulf of Guinea.

According to the report, three vessels and 61 crew members were taken hostage in Nigeria, while seven vessels were boarded, six fired upon and one attempted attack was reported.

There has been an increase in piracy activity off the coast of Togo, which reported five incidents, including one hijacking, compared to no incidents during the same period in 2011. This has also been attributed to Nigerian pirates.

Image: IMB warned that the drop in sea piracy numbers was offset by a worrying increase of attacks in the Gulf of Guinea. Photo: courtesy of Fred Green.

Russia: Falling Voice Revenue and Macroeconomic Uncertainty to Slow the Growth of the Telecom Market