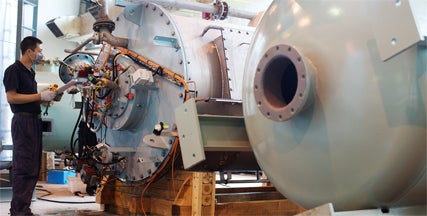 Of the eight FPSO units, six will be installed in the Tupi fields, while the other two being used in the Guará field.

Before the delivery of the first two vessels, which are scheduled to start in December 2012 and end in January 2015, they will undergo full scale testing at the factory in Moss, Norway.

Each of the inert gas generator units, which measures 7.5m x 6m x 7.5m and weighs about 45t, will be installed on the utility module located inside a dedicated compartment on the FPSOs, which are currently being built in Rio Grande do Sul State.

The company said that each of the units will be of the dual fuel type, and the eight skids will be delivered complete with a control system, a diesel and gas fuel system and power distribution, including VSD starters.

Earlier this month, the company won a contract to supply its flare gas recovery packages to four FPSO units being built for Petrobras.

Each of the FPSO units will be able to handle 150,000 oil barrels per day (bpd), and after delivery will operate in the pre-salt area of the Santos Basin, off the coast of south east São Paulo, Brazil.

Image: Wärtsilä Hamworthy’s inert gas generator units will be installed on the utility module on the eight FPSOs, being built in Rio Grande do Sul State. Photo: Hamworthy