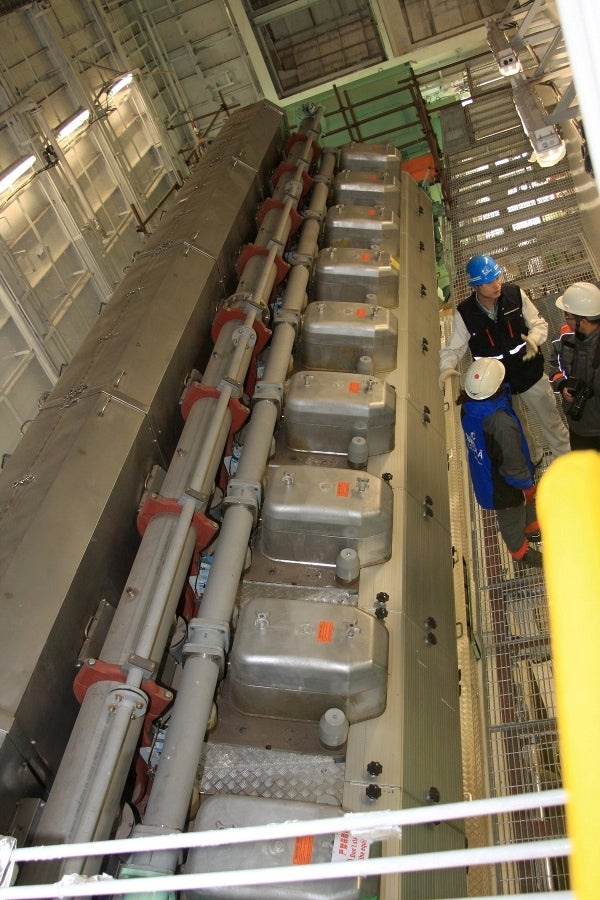 The P-63 floating production storage and offloading (FPSO) vessel, built at the Cosco shipyard in Dalian, China, and powered by Wärtsilä 50DF dual-fuel engines, has completed its full load tests.

The FPSO, which is claimed to be the first such vessel to use gas engines to generate over 100MW of power, is scheduled to start operations in oil fields offshore Brazil in 2013.

Wärtsilä’s dual-fuel engines will be capable of running on treated well gas or treated crude and marine diesel oil (MDO), which will significantly lower operating costs and would allow the vessel to travel without any MDO.

Compared to other conventional technologies, the gas-fired power solution will help to reduce carbon emissions by approximately 93,000 tonnes a year.

"This validation of the Wärtsilä technology represents a milestone event, and one that demonstrates Wärtsilä’s capability to execute complex integration projects for the oil and gas industry with a solution that contributes notably to successful client operations," Miemois said.

"We have enjoyed working closely with our client, QUIP, and look forward to the final tests when the FPSO is on location at Brazil’s offshore Papa-Terra field," Miemois added.

Brazilian industrial group QUIP awarded a contract to Wärtsilä in 2010 to supply a turnkey package for the FPSO, which included the three separate power generation modules, commissioning, start-up, and operational supervision.