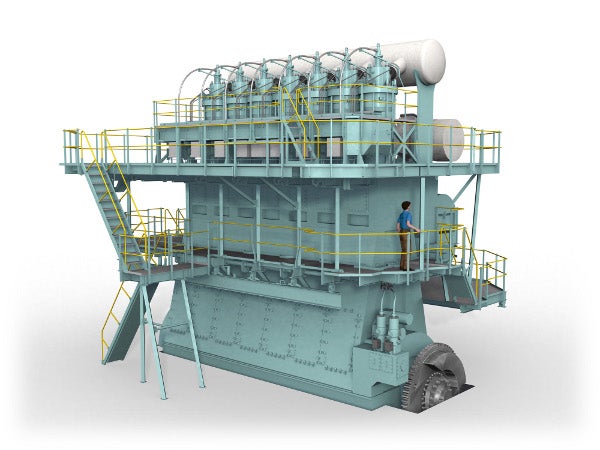 Upon delivery, the engines will be installed on four container vessels that Pacific International Lines (PCL) has ordered from China’s Dalian Shipbuilding Industry, as well as on two bulk carriers currently under construction by Bohai Shipbuilding Heavy Industry for an unnamed Singapore ship owner.

The first Wärtsilä X72 engine is scheduled to be delivered in early 2014.

"Compared to similar vessels that have recently been delivered, the bulk carriers’ fuel consumption can be reduced by approximately five tons per day, while the container vessels can achieve savings of four tons per day," Wernli said.

In May 2011, the company launched its low-speed X-generation engine series with two mid-sized engines, X62 and X72, which are designed for vessels that use mid-size low-speed engines like Capesize bulk carriers, Panamax bulk carriers, Suezmax tankers and Panamax container vessels.

In April 2012, the company extended its low-speed X-generation engine portfolio with the addition of the new X92 electronically-controlled common-rail engine, with a bore of 920mm.

The X92 engine is expected to offer fuel savings of 10%.

Image: The Wärtsilä X72 engines, the first of which is scheduled to be delivered in early 2014, will be used as the main engines on the six new vessels of the Singapore-based shipping firms. Photo: Wärtsilä.