Adani Ports and Special Economic Zone (APSEZ)’s proposal for the development of a greenfield deep sea port at Tajpur, in the East Midnapore district, has been approved by the government of the Indian state of West Bengal.

The new deep seaport is expected to be built with an investment of $3.13bn (Rs250bn).

The West Bengal Maritime Board will issue the letter of intent (LOI) for the project to the APSEZ, reported The Indian Express.

West Bengal Urban Development Minister Firhad Hakim was quoted by The Times of India as saying: “Of the two companies that participated in the detailed project report, Adani Port was the highest bidder.” 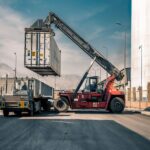 Hakim also added that the state will be the project’s facilitator.

Situated on the coast of the Bay of Bengal at Tajpur, the new port is expected to become the first deep seaport in the state.

Cape-sized vessels with a deadweight tonnage (DWT) of 100,000 tonnes will be able to enter the completed port.

The new port will be around 170km from West Bengal’s capital city of Kolkata, as well as about 380km and 100km from the industrial city of Asansol and the port city of Haldia, respectively.