AP Moller-Maersk subsidiary APM Terminals has won a bid to acquire UPI-B Cais Sul, an isolated productive unit, in the Port of Suape, located in the state of Pernambuco, Brazil.

The successful bid was announced by the court of Ipojuca, Brazil.

The company plans to invest more than $502.78m (R$2.6bn) to develop and operate a container and general cargo terminal in the area.

It intends to finalise the terminal’s construction plan over 24 months following receipt of the necessary regulatory clearances. 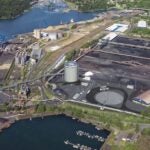 The facility is anticipated to be fully operational by the end of 2025.

Operations at the terminal will commence with an initial capacity of 400,000 twenty-foot equivalent units (TEUs), representing an additional 55% capacity in the port complex.

APM Terminals Americas Region managing director Leo Huisman said: “Suape has great growth potential, and our vision is to invest in a terminal that will add additional growth opportunities for Brazil’s north-east region.

“We believe more competition in the region will unlock value to exporters/importers and attract new cargo flows, helping the Port of Suape grow at a faster pace.”

Furthermore, APM Terminals plans to adhere to its net zero greenhouse emissions goal in the design of the facility.

He added that the terminal is likely to draw new direct services to the Far East and Europe.

With more than 70 terminals across the world, APM Terminals has invested in several Brazilian greenfield projects.

In August 2020, it unveiled plans to buy the container terminal of Aarhus Logistics Center (ALC) in Denmark’s port of Aarhus.