Business optimism increased in May 2022 compared to April 2022, amid concerns over rising costs, economic slowdown, and the Ukraine war, revealed analysis of an ongoing poll by Verdict.

Analysis of the poll responses recorded in May 2022 shows that optimism regarding future growth prospects increased by one percentage point to 58% from 57% in April 2022.

The respondents who were optimistic increased by two percentage points to 24% in May, while those very optimistic decreased to 34% from 35% in April. 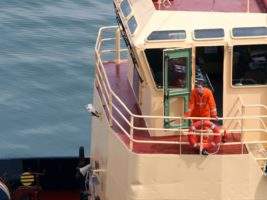 The percentage of respondents who were neutral (neither optimistic nor pessimistic) remained unchanged at 16%.

The analysis is based on 447 responses received from the readers of Verdict network sites between 01 May and 31 May 2022.

Businesses more optimistic in the UK despite the Ukraine-Russia conflict

The Barometer, however, revealed a weakening retail sector that dropped by two points to 27%, the lowest since March 2021 amid worries over tight household incomes despite fading COVID-19 concerns. Higher costs and economic slowdown have been the biggest concerns for UK businesses between February and May.

The Barometer also found employment intentions to have increased for the first time in three months, with 53% of the firms looking to expand their workforce. In addition, 57% of the firms expected higher prices for their products and services, thereby looking to rebuild their margins to beat the rising costs.

The ONS Business Insights and Conditions Survey further revealed that 20.4% of respondents in the UK believed that their businesses would do better in the next 12 months.

Business confidence climate rose from 108.4 to 110.9 in May in Italy, according to the Istat Economic Sentiment Indicator (IESI) index. The index indicated improved confidence in market services increasing from 97.2 in April to 103.6 in May. Confidence also rose in retail trade increasing from 103.6 to 105.5 owing to advances in business activity estimations.

The business sentiment in Ireland increased marginally by 0.8 points from the previous month, to 89.5, according to Bank of Ireland’s Economic Pulse, an index based on a series of surveys. Businesses, however, lowered their expectations for business activity due to inflationary environment and increase in cost pressures. Furthermore, 87% of businesses reported an increase in non-labour input costs.

The business climate sentiment improved in Germany in May with companies being satisfied with their current business, according to the ifo Business Climate Index, which rose from 91.9 points in April to 93 points in May. The index showed a marked improvement in the manufacturing sector to 2.8 points from -0.7 points in April.

The business survey index (BSI) outlook for May 2022 revealed improved confidence in Korea’s manufacturing sector, which increased by three points to 88. Concerns over the prolonged Ukraine-Russia conflict and its resulting impact on supply chains is expected to dim investments, prevent exports recovery, and lead to high inflationary pressures. Consumption, however, is expected to rebound due to a recovery in employment and removal of COVID-19 safety protocols.

India’s manufacturing sector also witnessed steady growth despite historically high inflation, according to the S&P Global India Manufacturing Purchasing Managers’ Index (PMI), which stood at 54.6 in May 2022, compared to 54.7 in April 2022. The May data further revealed a strong demand despite increase in selling prices. Businesses reported a significant increase in new orders, similar to the trend in April, while export orders grew at the strongest rate since April 2011.