IMO’s 2020 regulation to limit the use of sulphur in the fuel oil came into effect on 1 January.

The new regulations were imposed on 1 March. IMO has announced a 0.5% maximum amount of sulphur in ship fuel oil from the previous 3.5%. The ban is expected to benefit the environment and human health.

In addition, the International Convention for the Prevention of Pollution from ships (MARPOL) amendment bans the use of non-compliant fuel oil for propulsion and ship operation. 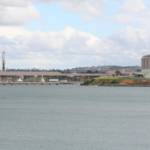 There is an exception when the ship is fitted with an approved exhaust gas cleaning system called scrubber.

In some areas, the permitted level of sulphur in the fuel oil is 0.1%. The emission control areas are the Baltic Sea, the North Sea, the North American area and the United States Caribbean Sea area.

In January, the Clean Arctic Alliance (CAA) has urged IMO to ban ships from using fuels with high black carbon emissions in the Arctic region.

The request is based on the new research that found some of the blended low-sulphur shipping fuels contribute to highly polluting black carbon emissions in the environment.

In May 2019, CAA urged IMO member states to cut the impact of black carbon emissions from global shipping on the Arctic environment.