The deployment of an AR navigation system operated by MOL Group will enable the company to gain information regarding other vessels sailing on a vessel’s planned route and surrounding sea areas.

Developed jointly by Furuno Electric Company and MOL Techno-Trade, the system will display information about other ocean conditions such as shallow waters on tablets and screens.

It will improve pool information from the automatic identification system (AIS) and radar with real-time video images from the bridge camera in association with Furuno Electric’s FMD3300 series electric chart display and information system (ECDIS). 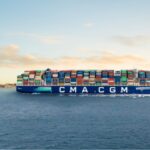 Using AR technology to superimpose real-time video imagery and voyage information, the crew can use the system for visual support during their watch-keeping and ship operations.

“The system alerts crew about the presence of nearby vessels and the location of shallow waters.”

By displaying integrated real-time video images with information from nautical instruments, the system alerts crew about the presence of nearby vessels and the location of shallow waters.

For the trial run, the system has been installed on the first MOL’s next-generation FLEXIE Series car carrier, Beluga Ace (Note 1) and VLCC Suzukasan.

The company is planning to install the system on its VLCC fleet, a vessel that requires special care during navigation on heavily trafficked sea lanes with limited areas such as the Straits of Singapore and Malacca.

MOL will consecutively implement the system in its energy transport fleet, including LNG carriers.