The proposed VSA will connect Northern Europe, the East Coast of the US, Central America, the Pacific Islands, Australia, New Zealand, Peru and the Caribbean on a weekly basis.

CMA CGM’s PAD and Seatrade’s Meridian offerings will be combined to provide services under the new alliance, which is set to be launched by October.

The new line is set to provide a direct and weekly service to France’s Papeete and Noumea from Northern Europe and the East Coast of the US. 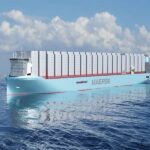 It will also offer a fast, direct and dedicated reefer service from New Zealand to the US and Europe.

"CMA CGM’s PAD and Seatrade’s Meridian offerings will be combined to provide services under the new alliance, which is set to be launched by October."

Additionally, the new line is expected to improve the supply of transport between Australia and the US. It is also set to offer stops in Peru, which will allow for the delivery of fruits to the US and Europe with very short transit times.

A total of 13 modern-geared ships with a capacity between 2,200 twenty-foot equivalent unit (TEU) and 2,500TEU are to be deployed on the new line.

The ships offered by the alliance will comprise six CMA CGM, six Seatrade and one Marfret vessel, and each will have minimum capacity to accommodate 600 reefers onboard.

The reefers will be used to transport refrigerated goods such as fruits or meat.

Formation of the VSA is subject to validation by the relevant authorities.