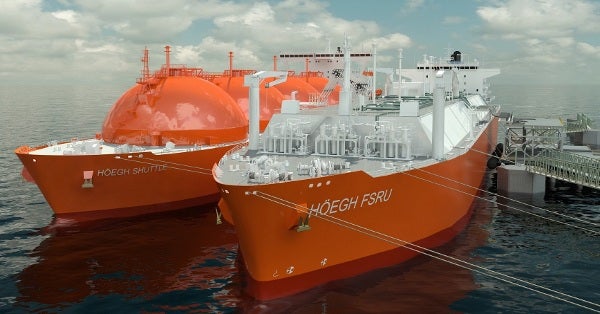 Delivery of the FSRU is scheduled for the second quarter of 2014, and its specifications will be adapted to comply with relevant project requirements.

Höegh LNG president and CEO Sveinung Støhle said with the company’s two FSRUs on order for specific projects in Indonesia and Lithuania, it continues focusing its growth plans on the floating regasification market and is currently participating in several tender processes for additional FSRU projects.

“We have therefore decided to place an order for a third FSRU to be built at Hyundai. Our strategy to expand in the floating regasification market worldwide remains firm and we believe in strong continued growth in this segment,” Støhle said.

The placement represents about 48.16% of the company’s current outstanding share capital. The placement was managed by DNB Markets, ABG Sundal Collier Norge and Pareto Securities as joint bookrunners.

The company will use the proceeds from the placement to fund existing and additional FSRU newbuilds and support future growth.

“This further strengthens our capital base and improves our position in the very favourable and growing LNG industry, confirming our unique position as one of the three leading companies within the floating LNG regasification segment,” Støhle said.