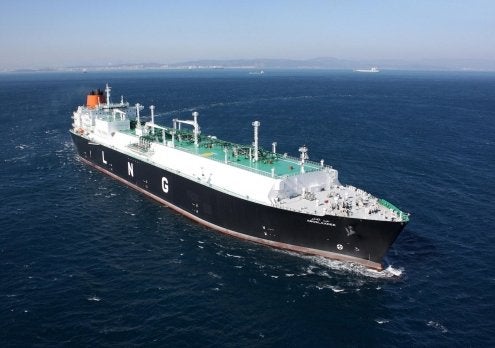 Golar LNG’s order for two LNG carriers will be built by HHI’s affiliate Hyundai Samho Heavy Industries, which also includes an option for two additional same class LNG carriers. The Norwegian firm expects LNG trade to increase by 8% to 10% each year in the region over the next few years, which will grow more if US LNG exports materialise.

Golar chairman John Fredriksen said the company is excited to see the rapid developments in the LNG market and it clearly sees LNG as one of the key parts in the future energy supply chain.

“The large global spreads in gas prices, the high growth in trade and the tight availability of shipping gives this investment a solid foundation.”

The LNG carriers will a feature dual fuel diesel engine system (DFDE) allowing the ships to run on fuel oil and natural gas. They are scheduled to be delivered between the second quarter of 2014 and the first half of 2015. Currently, Golar has a fleet of 13 modern LNG carriers including, two FSRUs available for trading in the period 2012 – 2014.

HHI’s contract for the 170,000 cbm LNG FSRU is an option exercised by Hoegh from an earlier contract signed in June 2011, which is scheduled to be delivered by the second quarter of 2014.

LNG FSRUs receive liquefied natural gas from offloading LNG carriers, while the installed regasification system provides gas send-out through flexible risers and pipelines to the shore. According to the company, the LNG FSRU will take a year less and cost half as much as an onshore LNG terminal to complete.

In 2012, HHI aims to win $24bn for its shipbuilding, offshore and engineering and industrial plant & engineering divisions.