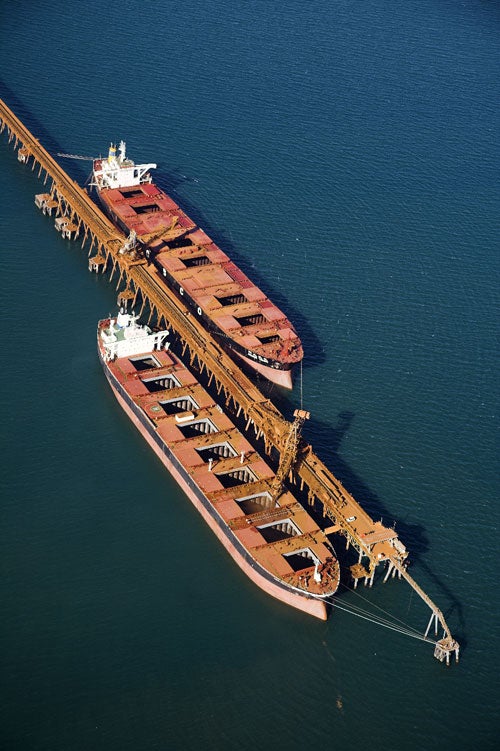 Rio Tinto will invest $3.4bn to expand its Pilbara iron ore operations in Western Australia’s Pilbara region, including an investment of $700m in the Cape Lambert port.

About $2.2bn will be invested to extend the life of the Nammuldi iron-ore mine, increasing Rio Tinto’s Pilbara iron ore production capacity to 283-million tons a year. Rio Tinto Iron Ore and Australia CEO Sam Walsh said they are high return, low risk investments that are highly value-adding for shareholders.

"Today we are announcing another significant milestone in our drive towards a more than 50% increase in the size of iron ore operations in Western Australia," Walsh said.

"The programme remains on track and we are bringing new iron ore production on-stream at a time when demand from Asian markets is forecast to grow strongly, while industry supply growth remains constrained."

About $1.2bn is planned to be invested in the Cape Lambert port, with rail work to further expand the capacity to 353 million tons. Rio Tinto’s share in the investment is worth $700m. The funding commitment follows earlier investment which is underway, including plans to increase the capacity at the port by replacing an ageing car dumper with a new dual car dumper.

It is expected to increase Cape Lambert’s capacity by an additional 20-million tons a year, increasing it to 203-million tons a year by 2015. Rio Tinto’s share of the total investment will be $2.9bn, while the remaining $500m will be invested by minority partners.

The company, which currently produces 225 million tons a year from Pilbara operations, expects to reach production capacity of 283 Mt/a in Pilbara by the end of the second half of 2013, while the Nammuldi expansion will deliver first ore in the third quarter of 2014.

According to the company, the Nammuldi project will extend existing mining below the water table, increasing the mine’s life by 14 years. The works and plans remain subject to a number of joint venture and regulatory approvals, including environmental clearances, which are expected later in 2012.

04 Jan 2021
Registration is disabled.
We use cookies to ensure that we give you the best experience on our website. If you continue to use this site we will assume that you are happy with it.ContinueLearn more