A rescue operation is taking place to find survivors after a ferry carrying around 80 passengers on-board sank in Lake Toba, Indonesia.

Heavy rains and waves as high as 2m are impacting the operation, which is being conducted by nearly 100 rescue personnel, including military and police officials from Indonesia.

Around 18 people have been rescued and one passenger was confirmed dead following the incident that took place on 18 June at around 5:30pm (local time).

The vessel was carrying passengers from the lake’s Samosir Island. 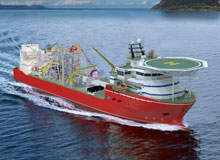 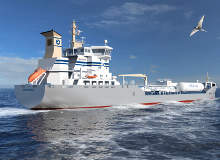 Names of the victims are yet to be released by the concerned officials.

Medan city search-and-rescue agency head Budiawan said: “Our joint teams moved out at 7:00am. It might take time to find victims who drowned.”

“The wooden vessel had a capacity to accommodate 60 passengers, but may have been loaded with 20 extra passengers and dozens of motorcycles.”

He further noted that some bodies may be trapped inside the submerged ferry.

According to Indonesia Transport Ministry official Sri Hardianto, the wooden vessel had a capacity to accommodate 60 passengers, but may have been loaded with 20 extra passengers and dozens of motorcycles when it sank in the lake.

Indonesia’s National Disaster Mitigation Agency said the ferry allegedly carried up to 130 people on-board and was hit by high waves and strong winds during the course of its journey.

Lake Toba is a popular tourist destination in Indonesia and above an ancient supervolcano.

Last week, a longboat with at least 43 people on-board sank off Makassar on Sulawesi island in Indonesia, claiming 13 lives.