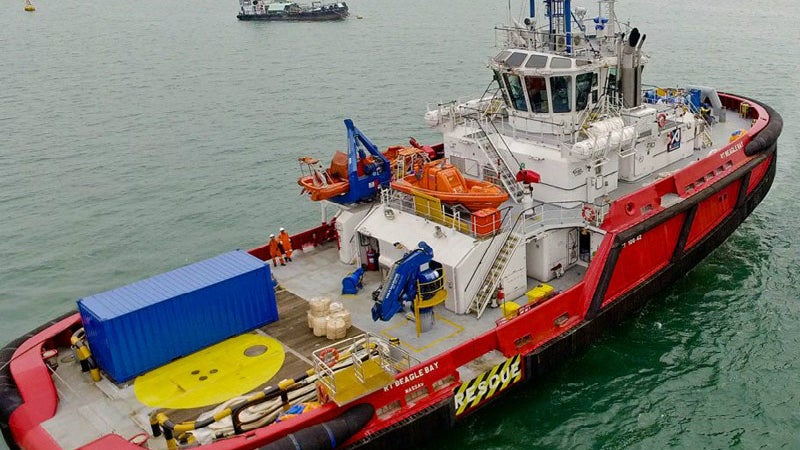 The tugboats will serve the Shell Prelude FLNG project off the North West coast of Australia. KT Maritime Services Australia received a contract from Shell for the supply of three ISVs in February 2014.

Steel was cut for the first of three ISVs at ASL Shipyard in Singapore in September 2014. The last vessel in the class was floated out in November 2015, marking the completion of the construction phase. Three tugboats, namely RT Beagle Bay, RT Roebuck Bay amd RT Kuri Bay, were delivered by November 2016.

The wheelhouse accommodates a control station at forward and aft offering high visibility for the crew. The heavy fendering system on the tug contains an upper row of 1,000mm diameter cylindrical fender and a lower line of W-fender at the bow and stern.

The Rotortugs accommodate crew in eight cabins on the main and forecastle decks. A spare room with access to the treatment room serves as a recovery room for four survivors.

The lower deck features a recreation room, while the main deck also houses a galley and mess, dry and cold store rooms, and laundry.

The ISV has a maximum speed of more than 12kt and can move sideways with a speed of 6kt. It can generate more than 100t of bollard pull in both forward and rearward directions.