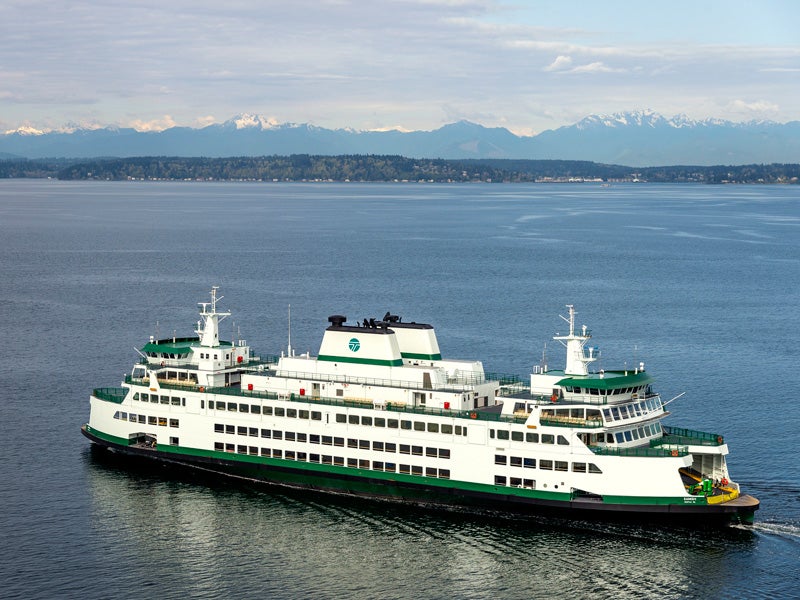 Olympic class ferries are being built by Vigor Industrial, a subsidiary of US Fab, for Washington State Ferries (WSF).

The first and the second vessels entered service in June 2014 and June 2015 respectively, while the other two ferries are expected to begin operations in 2017 and 2018.

The vessels are being built at Vigor Industrial’s shipyard on Harbor Island in Seattle, US, at an estimated cost of $515.5m. They will replace nine vessels used by WSF since the 1950s.

The double-ended hull design of Olympic class ferries has been inspired by the Issaquah class, which contains the most versatile vessel in the WSF fleet. The hull has been designed to minimise the vessels’ wake.

They offer an auto deck clearance of 16ft, as well as carry up to 144 vehicles and 1,500 passengers.

Olympic class ferries comply with Americans with Disabilities Act (ADA) specifications. Elevators are installed at both ends of the vessels’ hull.

Each vessel includes two car decks and two passenger decks, accessible via a staircase, and wide lanes to enable easy loading and unloading of vehicles.

The MV Samish offers an ADA restroom on its car decks, while the next ferries to be built will include disabled-friendly restrooms.

Deck equipment and safety system aboard the Olympic class

Each Olympic class ferry is equipped with a rescue boat, two masts with radar platforms, and a pilothouse at either end of the vessel.

The vessels are equipped with two diesel engines that provide a total power output of 6,000hp. The engines are coupled to a single Rolls Royce propeller through an inter-connecting shaft.

The environmentally friendly engines run on low-emission fuels and reduce the risk of spills.

The propulsion system allows the ferries to sail at an economical speed of 14kt and a maximum speed of 17kt.