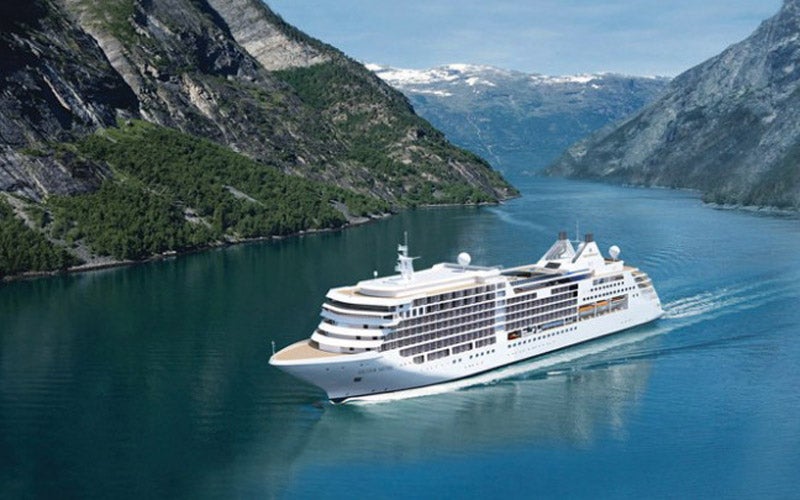 Fincantieri was awarded the construction contract in the first half of 2014. The steel cutting ceremony was held in July 2015 and the ship was delivered in April 2017.

The 40,700t Silver Muse cruise ship is 212m long and has a width/beam of 27m. The vessel accommodates 596 passengers on eight passenger decks, in addition to 408 crew members.

The vessel features up to 286 suites, including three wheelchair-accessible suites.

The royal suites on deck seven have a floor space of 105m², including a 12m² veranda, in a one-bedroom configuration. The two-bedroom version offers 142m² of floor space, including an 18m² veranda.

The owner’s suite on the ninth deck provides a floor space of 119m² in a one-bedroom configuration, along with 129m² of floor space in an adjoining bedroom and a 12m² veranda.

The vessel features eight restaurants. The major restaurants are the La Grande Dame restaurant by Relais & Châteaux and the Atlantide, which features a bar and grill. The ship also has La Terrazza, outdoor restaurant Hot Rocks, the Kabuki, and a poolside restaurant called Regina Margherita.

The Atlantide, the Kabuki restaurant and La Grande Dame by Relais & Châteaux, as well Indochine restaurant are located on deck four. Deck five houses the reception area, Shore Concierge, the main bar and a theatre.

Deck six features the Spa at Silversea, a beauty salon and a fitness centre, while deck seven houses the La Terrazza restaurant and another undisclosed restaurant.

The Connoisseur’s Corner, boutiques, a library and a conference/card room are located on deck eight. The tenth deck features the Panorama Lounge, a children’s room and an outdoor play area.

Deck nine includes a pool, whirlpools, the Hot Rocks restaurant, a pool bar and a grill area. The Observation Lounge, the Regina Margherita restaurant and a jogging track are located on deck 11.

Other special amenities are based on the suites.

“The vessel accommodates 596 passengers on eight passenger decks, in addition to 408 crew members.”

Prior to the vessel’s maiden voyage, a unique eight-day Easter voyage was introduced in April 2017. The voyage started and ended at Monte Carlo visiting Porto Mahon, Livorno and Portofino in the process.

Two days after sailing, the vessel embarked on its 13-day maiden voyage from Monte Carlo to Nice between April and May 2017, stopping at ports in Barcelona, Valletta, Amalfi and Sorrento.

The cruise ship then commenced a series of voyages in Europe, Canada, North and South America, as well as the Caribbean, covering 130 destinations in 34 countries.

The vessel is equipped with engines and propulsion machinery to provide a sailing speed of 19.8k.