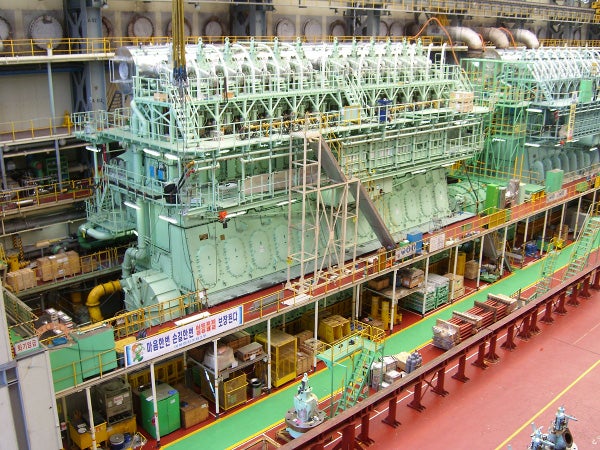 The new S90ME-C9.2 super-long-stroke engine features lower propeller speeds and will deliver a torque of 8.5 million Nm at 84rpm with a total output of 69,720 kW.

The engine has been developed specifically for container ships and is based on the VLCC-optimised S90ME-C8, which has also been used in container ships.