With the first shipment of Ukrainian grain from Ukraine’s ports underway following a landmark deal between Kyiv and Moscow with the aid of extensive diplomatic work by NATO member Turkey and the United Nations (UN), hope springs eternal that global food pressures could ease as a result.

On 1 August, the 18,500t M/V Razoni, under the authorisation of the Joint Coordination Centre (JCC), sailed from the Ukrainian port of Odesa loaded with grain, with Lebanon as its destination. According to a UN release the M/V Razoni will carry over 26,000 metric tonnes of corn and is due to arrive at an inspection location in Turkish territorial waters on 2 August.

The JCC comprises of representatives from the UN, Turkey, Ukraine, and Russia, under the Black Sea Grain Initiative and was established on 27 July to monitor the shipment of Ukrainian grain, foodstuffs, and fertilisers from the Ukrainian Black Sea ports of Odesa, Chornomorsk, and Pivdennyi to the rest of the world.

For its part, NATO member Turkey will inspect shipping coming to and from Ukrainian ports to ensure there are no breaches of the agreement such as the transport of arms and other materiel. 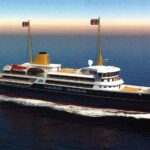 This unique arrangement will see Ankara effectively aiding in the enforcement of a maritime arms embargo on Ukraine. The vast majority of NATO member states are supporting Ukraine’s fight against Russia following Moscow’s renewed invasion on 24 February this year, supplying arms and other military equipment in a bid to prevent the overthrow of President Volodymyr Zelenskyy’s government in Kyiv.

In the 1 August release, the UN requested all participants in the grain shipment “to inform their respective military and other relevant authorities to ensure the safe passage of the vessel”.

The JCC was “monitoring the safe passage of the vessel through the Safe Humanitarian Maritime Corridor”, the release added. The waters around Ukraine’s Black Sea coast have been heavily mined in order to prevent a Russian amphibious attack from being carried out.

Under the terms of the deal, Ukraine is responsible for escorting merchant shipping through its minefields, reported the BBC.

In a statement on social media, Ukraine’s Infrastructure Minister, Alexander Kubrakov, said that “unlocking the ports” would provide “at least $1bn in foreign exchange revenue” to the economy, and provide “an opportunity for the agriculture sector to plan for next year”.

Russia’s initial attempt to topple the Zelenskyy government failed in the opening days of the invasion, forcing Moscow to change tack to focus on the seizure and likely annexation of the Donbas region, as well as the entire coastline to the east and west of the Crimean Peninsula, which itself was annexed from Ukraine in 2014. Cutting off Ukraine from the Black Sea, and thus landlocking the country, will be seen as a prime military aim for Russia.

The blockade of Ukraine ports left millions of tonnes of grain and foodstuffs unable to be moved out of the country and helped create a global shortage, driving up prices and raising the threat of food poverty to many countries reliant on such imports. Only hours after the agreement was first announced on 22 July, Russia attacked the port of Odesa in a missile strike, raising the question as to how committed Moscow is to adhering to the deal.

According to UK Government data, in 2021, Ukraine provided 30.9% of Egypt’s grain and wheat consumption, 7.7% of Yemen’s, 7% of Bangladesh’s, and 11.7% of Morocco’s. Previously 96% of Ukrainian grain was exported through the Black Sea.

Speaking on 22 July, UK Foreign Secretary Liz Truss said that it was “vital that Ukrainian grain reaches international food markets”, while an 1 August statement described the first shipment as an “important first step”.

Declassified US intelligence and satellite imagery indicates the Russian Navy was ordered to lay mines at the Ukrainian ports of Odesa and Ochakiv, while it is also thought Russian forces mined the Dnipro River. The Russian campaign has repeatedly targeted sites of Ukraine’s national infrastructure in order to degrade its industrial base, with a strike on 4 June destroying Ukraine’s second-largest grain storage facility.

The UK has been a leading supporter of Ukraine in recent years, signing agreements in 2021 that would see it assist Kyiv in developing its naval capabilities. Signed onboard the Royal Navy Type 45 destroyer HMS Defender in June last year by senior UK and Ukrainian officials, the Ukrainian Naval Capabilities Enhancement Projects (UNCEP) included the delivery of new naval platforms and defensive shipborne armaments, the training of Ukrainian Navy personnel, the creation of new naval bases, and the purchase of two Sandown-class mine countermeasure (MCM) vessels.

Specifically, the UNCEP would have delivered eight missile patrol vessels, the creation of a new naval base on the Blac Sea as the primary fleet base for Ukraine, and a new base on the Sea of Azov, as well as the sale and integration of new missiles for in-service Ukrainian surface and airborne platforms. In addition, UK shipbuilder Babcock would, according to an official UK release at the time, “participate in the Ukrainian project to deliver a modern frigate capability”.

The wider invasion of Ukraine by Russia, and the creation of the Sea of Azov as a Russian lake following the fall of Mariupol and the surrounding area, will have significantly delayed such plans. However, the refurbishment and sale of the two Sandown MCM vessels, and other capabilities, is still being pursued.

On 22 July, Ukraine’s Deputy Defence Minister Volodymyr Havrylov visited Ukrainian personnel in the UK undergoing MCM training, ahead of the sale and delivery of the two MCM vessels. However, the delivery could prove difficult given Turkey, which controls access to the Black Sea through the Bosphorus and Dardenelles straits, closed the Black Sea to all military traffic in late February this year.

According to the 1936 Montreux Convention, Ankara can limit transit through the Bosphorus and Dardanelles straits during times of war.