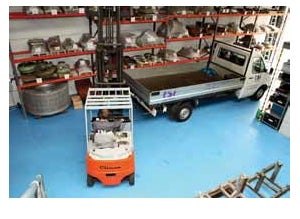 Since 1989, Turbo Service International (TSI) has been at the forefront of turbocharger engineering, overhauling and provision of quality spare parts. TSI have worldwide recognition in the marine and power station turbocharger markets.

TSI is proud to announce the opening of its modern, new service and production centre in Rotterdam, Netherlands. The facility was established as part of a continuous commitment to maintain and improve services globally, and to support the production of NTN-SNR turbocharger bearing units from a state-of-the-art bearing room.

The Rotterdam service centre is proficient in carrying out the comprehensive repair and recoditioning of all makes of turbochargers.

"TSI is proud to announce the opening of its modern, new service and production centre in Rotterdam, Netherlands."

To ensure our clients receive high-end services, our facilities are equipped with the latest machinery,  which is regularly serviced and maintained.