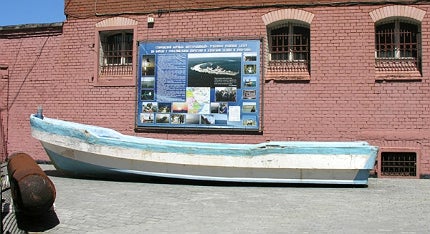 The winds of global piracy have shifted, as attacks by West African pirates now exceed those of their Somali counterparts. West and Central African states have now recognised piracy as a regional crisis, as highlighted by a June 24-25 summit in Yaounde, Cameroon, to address the issue.

This comes at a time when the International Maritime Bureau and other counter-piracy watchdog groups published a report labelling the waters off of West Africa as the most dangerous in the world. In particular, theft from oil ships carrying Nigerian oil has gained serious momentum, competing neck and neck with Nigeria’s legal oil shipping industry.

Meanwhile, US officials warned of the possibility that al-Qaeda could target ships in the East Med and a landmark US court case convicted three Somalis of piracy, kidnapping and murder for the 2011 shooting deaths of four Americans sailing in the Indian Ocean off of Oman – the pirates may face the death penalty.

Plus at least four foreign crew members and seven Somali pirates died when a cargo ship that the pirates were holding to ransom off the Somali coast sank.

Gulf of Guinea – piracy attacks on the increase

Pirates along Africa’s west coast actively disrupt vital commerce by stealing crude oil, fish and other cargo in transit, often injuring or killing crew members in the process. According to Risk Intelligence data, there were at least 93 tanker attacks in the Gulf of Guinea between December 2010 and May 2013, resulting in some 30 hijackings.

In light of these increasing instances, the United States, the United Kingdom and ECOWAS states have offered their support in creating an effective security protocol to restore security to the Gulf of Guinea.

British High Commissioner to Nigeria, Dr. Andrew Pocock, recently promised that the UK will support maritime security along Africa’s West Coast through advising, training and equipping of local security forces on the continent.

Meanwhile, a June 24-25 summit in Yaounde, Cameroon, brought representatives from the Economic Community of West African States, the Economic Community of Central African States (ECCAS) and the Gulf of Guinea Commission together to draft a Code of Conduct, concerning the prevention of piracy, armed robbery against ships and illicit maritime activity. It is now signed by 22 states.

In July the MD for Shell Nigeria blamed well-financed and highly-organised criminals for running a parallel industry, with $6bn in revenue lost annually.

Sunmonu, who spoke at the Extractive Business Dialogue on Corruption organised by the Nigerian Economic Summit Group, in Port Harcourt, warned that crude oil theft has reached a crisis situation.

He said: "I am worried about the incredible growth of oil theft and illegal refining activities over the last couple of years. I am worried as a Nigerian and you all should be worried too. Our economy loses about $6bn annually to illegal bunkering."

He called for accountability and transparency in the management of oil revenues by producing states. Sunmonu, who is the Country Chair of Shell Companies in Nigeria (SCiN), noted that there is a perception that corruption is one barrier to turning the oil revenues into benefits for the citizens.

Increasing cases, however, mean that the Nigerian Navy may not be able to contain the scourge. In an attempt to do so, the Nigerian Maritime Administration and Safety Agency (NIMASA) said it has started the process of installing what it called ‘black flags’ in Nigerian ports that are not International Ship and Port Facility Security (ISPS) Code compliant.

These are part of the measures the agency has put in place to ensure it meets the ultimatum given to the Nigerian Government to boost security at her maritime domain by the United Nations [States] Coast Guard.

Somali pirates could face death penalty after US conviction

Suspects in the government’s biggest catch in the international war on piracy were convicted on the 8th of July.

Three Somalis were convicted of piracy, kidnapping and murder in the 2011 shooting deaths of four Americans sailing in the Indian Ocean off of Oman. They could face the death penalty.

The three men – and eleven others who previously pleaded guilty – boarded the Americans’ yacht armed with assault rifles and planned to sail it to Somalia and hold the Americans for ransom. Instead, the hostages were killed by the pirates as they were being trailed by US military forces.

A federal jury, which has been hearing the case since early June in the US District Court in Norfolk, found Ahmed Muse Salad, Abukar Osman Beyle and Shani Nurani Shiekh Abrar guilty on all 26 counts against them, according to court records.

At least four foreign crew members and seven Somali pirates died when a cargo ship that the pirates were holding to ransom off the Somali coast sank on Sunday 7 July, and 13 others were missing, a pirate who works with the gang said.

The Malaysian-owned MV Albedo cargo vessel and its crew were hijacked 900 miles off Somalia on November 26 2010, while sailing from the United Arab Emirates to Kenya.

The pirate confirmed that four foreign crew and seven pirates died, with 13 missing in total.

The Albedo had 23 crew from Pakistan, Bangladesh, Sri Lanka and Iran when it was seized. It was thought the captain had died earlier and four of the crew had been previously been taken off the ship, leaving a discrepancy in figures with the pirates’ account.

However, it was later confirmed that the Captain was in fact released in 2011 after being held for 21 months.

Seven Bangladeshis, six Sri Lankans, an Indian and an Iranian were kept behind until the pirates received the rest of the Dh10.5m they were demanding. At one point the pirates shot dead an Indian sailor to increase the pressure on the ship’s Iranian owner.

The European Union anti-piracy taskforce said two days after the capsizing that it has stepped up the search and rescue operation for the Malaysian flagged motor vessel.

Recent discovery of natural gas in the Eastern Mediterranean has been welcome news. However, close proximity to the Arab Springs and the general political sensitivity in the area poses a concern for each region to secure their energy resources. This raises the possibility of potential sabotage to transport infrastructure and likely risks at sea.

Al-Qaeda plotted to hijack or sink oil tankers last year to prompt a spike in prices and trigger an economic crisis in the West, US officials said in the latest warning based on intelligence from Osama bin Laden’s compound in Pakistan.

The Department of Homeland Security and the FBI sent an intelligence note in July to the federal, state and local law enforcement and energy sector companies to alert them to al-Qaeda’s interest in targeting oil and natural gas infrastructure, they said.

Despite al-Qaeda’s interest in targeting oil tankers and commercial oil infrastructure at sea, the officials said there was no indication of any specific or imminent terrorist attack being plotted.

The officials said it was not surprising the United States found ideas for potential terrorist plots involving oil tankers and trains in the information seized by the US Navy SEAL commandos during the raid that killed the al-Qaeda leader.

"Suspects in the government’s biggest catch in the international war on piracy were convicted on the 8th of July."

The Japanese Government announced plans in July to launch nine satellites within five years to monitor the world’s oceans 24/7.

The satellites, which are heat-emission detection satellites, will all work normally at night. Each satellite costs about 20 billion Japanese yen.

Japan’s present satellite system can only work for fewer than eight hours a day.

Japan also plans to sell the monitored data and analyzing technology to south-east Asian countries. The report said the satellite monitoring system could also help dealing with Somali pirates and natural disasters such as tsunamis.

Four persons, alleged to be pirates, were killed in a lynch-mob attack, after a gunfight between two rival groups in the Meghna estuary under Tajumuddin upazila in Bhola in early July.

Mahbubur Rahman, officer-in-charge (OC) of Tajumuddin police station, said pirates belonging to the two groups, ‘Speaker-Bahini’ and ‘Gias-Bahini’, had engaged in a gunfight in different areas of Hatiya under Lakshmipur and the adjacent Char Jahiruddin area since Saturday noon, creating panic among the fishermen. The sporadic gun battle continued until the evening.

Thereafter, at around 8pm, the local inhabitants and the fishermen of Teliar Char cornered both the groups, grabbed the four pirates, gave them a beating and killed them, he said.

The OC said more than 200 rounds of ammunition had been fired during the gunfight and the police had recovered one gun, two rounds of fresh cartridges and some sharp weapons from the spot.