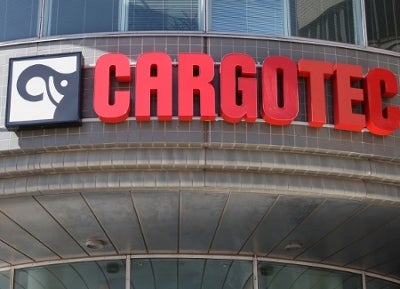 Cargotec has received a €40m contract from the Jorf Lasfar Energy Company (JLEC) in Morocco to supply two Siwertell ship unloaders and another order from the Indian Farmers Fertiliser Cooperative (IFFCO) for screw-type unloaders.

The contract also includes repositioning two existing unloaders and also installation of two new Siwertell units when they are delivered.

The ship unloaders which are scheduled to be delivered in 2013, will suit a new jetty belt conveyor system with an increased travelling length at the Jorf Lasfar coal-fired power plant, which is undergoing major expansion.

The company said each Siwertell type ST 940-DOB unit will have a coal-unloading capacity of 2,400 tons an hour.

Cargotec sales manager of bulk terminals Bertil Andersson said the company’s Siwertell system is technically superior to the other systems offered, as it is more efficient and environmentally-friendly.

“In addition to technological advantages, Siwertell systems have a unique lightweight design offering weight-savings of more than 50% in comparison with a corresponding bucket and chain type unloader,” Andersson said.

Second contract came from the Indian Farmers Fertiliser Cooperative (IFFCO), Paradeep Unit, for a Siwertell enclosed screw-type unloader, which will be used to load rock phosphate and sulphur at a rate of 1800 tons an hour.

The company said Siwertell Sulphur Safety System, known as the 4S, is designed to prevent sulphur dust explosions in the conveying line and to evacuate explosion pressure in case a dust explosion does occur, without causing damage to equipment and endangering the safety of operators, personnel and other facilities.

The system has been developed to solve the three main problems while unloading sulphur: a high explosion risk, extreme corrosion and stringent regulations for environmental protection.

The new unit is scheduled to be delivered in twelve months and is expected to be in operation by early 2013.