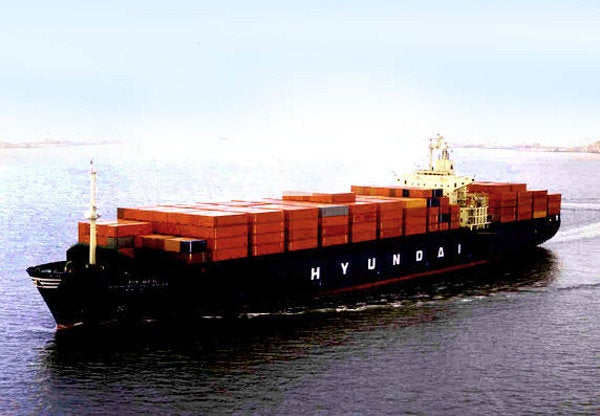 In addition to DNB, the other financial institutions involved in the deal are ABN AMRO, Credit Agricole, the Korea Finance Corporation and The Korea Development Bank.

Upon delivery the ultra-large boxships will be deployed on the Asia-Europe trade route and can also be deployed in the Asia-North America line, as they will be able operate in the Panama canal after its expansion in 2014.

DNB head of Asia Erik Borgen said the company continues to be active in maritime finance throughout the cycle and its involvement in this transaction exemplifies its continued commitment to this space.

“This development shows that reputable shipowners with good track records can continue to tap the capital markets during times of economic uncertainty,” Borgen said.

The South Korean shipping firm had ordered the vessels in August 2011 for about KRW 734.5bn ($681m). HMM said the enlarged ship types will help the company pare costs and strengthen competitiveness.

Meanwhile, it is for the first time the shipowner has booked newbuildings at a shipyard other than Hyundai Heavy Industries.

Earlier in 2011, DnB NOR along with ING bank had provided a loan worth $84.9m to Precious Shipping to finance the construction of four newbuildings in China.

The loan was to be used to fund a quartet of 57,000-dwt supramaxes on order at Yangzhou Guoyu Shipbuilding, which are scheduled for delivery in 2012.

Caption: Loans will be used to fund the construction of five 13,100-teu ultra-large boxships being built at DSME.