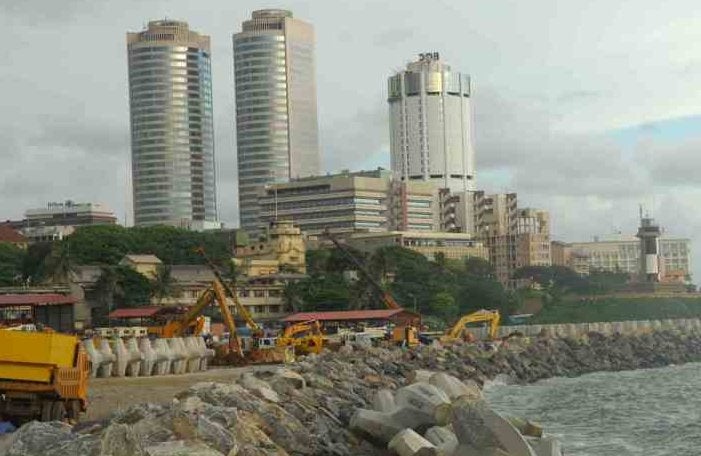 The Sri Lanka Ports Authority (SLPA) is planning to build the 400m container berth in the South Harbour of Colombo Port to up capacity.

According to SLPA, the 400m quay is expected to cost $125m and will be internally financed and supplemented by domestic bank borrowings.

The first phase of the 600m berth will be operational by early 2014 and, after the next two phases, the port will be capable to handle a capacity of 13 million containers.

SLPA is currently replacing most of the old equipment and has already ordered six gantry cranes, 30 yard cranes and 50 yard tractors.

SLPA also plans to invest $3bn in the development of ports, and local and foreign investors are to invest $2bn in areas of construction of terminals.

SLPA chairman Priyath Wickrama said the port’s target is to make the infrastructure facilities surrounding ports available to local private sector entrepreneurs in order to establish port-related industries, and is expecting an investment of at least $5bn from them in 2015.

Under the deal, China International Container Terminal, a joint venture operating company, will build the first of three planned terminals in the Colombo Port.

Each terminal is expected to increase the capacity of each 4.5Mteu port by 2.5Mteu and the construction of the terminal will be built in two phases.

The new terminal will have a 1.2km-long quay wall with a minimum alongside water depth of 18m, and the first 600m quay length of the terminal is expected to be operational by December 2013.

China Development Banking is expected to invest $350m in the project and the rest of the capital is to be raised by the shareholders’ equity.

CMHI will own 55% of the three-way joint venture, with Sri Lanka’s Aitken Spence holding 30% and state-run SLPA 15% respectively.

Caption: The 400m quay is expected to cost $125m, and will be internally financed and supplemented by domestic bank borrowings