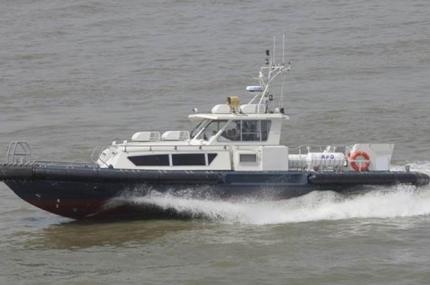 The FCS (Fast Crew Supplier) 1605 boats are built by Damen Shipyards Group for users in offshore oil and gas industry. More than 100 FCS 1605 boats are operational across the world.

Dredging and marine contractor Van Oord placed a contract in January 2015 for a new FCS 1605 along with a cutter section dredger (CSD 650), which was christened Ural River.

The FCS 1605 for Van Oord is scheduled to be delivered in April 2015. Van Oord will operate the vessel to transfer crew to perform dredging operations in the Caspian Sea providing support to the CSD 650 dredger.

The FSC 1605 is made of light-weight, marine grade aluminium hull. The design incorporates a glass reinforced plastic (GRP) superstructure which is resiliently mounted on the aluminium hull to reduce vibrations and noise. The vessel is also fitted with air-conditioning and heating.

The sturdy design of the FSC 1605 makes it the most suitable and preferred workhorse for operation in offshore oil and gas industry.
The vessel has an overall length of 16.15m and beam of 5.4m. The depth at sides and the maximum draught are 1.85m and 0.85m respectively. The gross tonnage of the vessel is 24t.

Accommodation and safety features aboard the fast crew supplier boat

The FCS 1605 will offer accommodation to 29 passengers. Its wheelhouse includes one motion-damping seat and six coach-type seats whereas 23 seats and toilet are provided under the main deck. The passenger accommodation and the wheelhouse are equipped with air conditioning.

Safety and life saving equipment aboard the FSC 1605 include two life buoys, 30 life jackets, and two life rafts, each with a capacity to carry 16 persons.

The deck spaces at the aft and forward of the vessel are 8.8m2 and 5.6m2 respectively. Ancillary equipment aboard the vessel includes an electric bilge pump of 24V.

The fast crew boat is powered by two Caterpillar C18 main engines, which have a rated power of 1,000bkW at 2,100 rotations per minute (rpm) each. It is also fitted with a generator set having a capacity of 12bkW/15kVA, 50Hz.

"The fast crew boat is powered by two Caterpillar C18 main engines, which have a rated power of 1,000bkW at 2,100 rotations per minute (rpm) each."