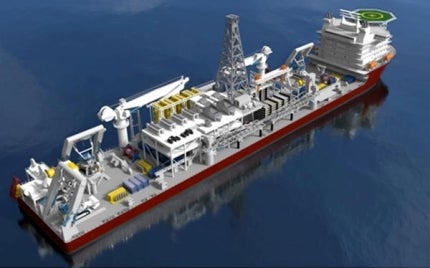 MAC and Nautilus entered into a five-year charter agreement for the vessel in November 2014, which includes an option to either extend the charter or purchase the vessel at the end of the contract period.

Nautilus will use the vessel as a floating base for its subsea mining operations at the Solwara-1 project located in the Bismarck Sea, offshore Papua New Guinea (PNG). It will extract copper, gold, silver and ore from the seabed at water depths of 1,600m. MAC will own and provide marine management services for the vessel.

The shipbuilding contract of the vessel was awarded to Fujian Mawei Shipbuilding in November 2014. The contractual scope includes vessel construction according to Nautilus’ specifications.

"The vessel will serve Nautilus Minerals (Nautilus), a mining explorer and developer based in Toronto, Canada."

The vessel will be built at Mawei’s shipyard and is scheduled delivery by the end of 2017.

The basic design for the seabed mining vessel is provided by SeaTech Solutions International, a marine designs specialist based in Singapore.

The vessel will be 227m-long and 40m-wide, and will be a completely outfitted and equipped offshore construction vessel (OCV) suitable for global operations. It will comply with the Tier III regulations and be able to perform duties in emission control areas (ECA). It will be classified as ABS DPS – 2 EHS – F dynamically positioned vessel.

The world’s first seabed mining vessel will be fitted with two main cranes, a 200t AHC subsea crane and a 100t ship-to-ship crane.

The ship will also feature an onboard ore storage at its centre, which will be supported by a cargo handling system for transferring the ore directly to and from the holds to incoming bulk carriers. Mining equipment will be installed in the lower deck of the vessel.

Accommodation aboard the mining vessel

The vessel is designed in accordance with American Bureau of Shipping’s (ABS) Comfort Class notation. The bridge deck will be built to meet the ABS class notation of offshore vessels and suitable for unrestricted operation. It will accommodate 180 people onboard.

It secured the order from Mawei in March 2015, marking the first multiple order for the B33:45 engine since its introduction in September 2014. Deliveries of the equipment will begin in March 2016.

The engine features Tier III-compliant selective catalyst reduction technology and offers a 20% increase in power in each cylinder, optimised fuel consumption, reduced emissions and reduced through-life operating costs. The vessel will also be fitted with a diesel-electric power distribution system.