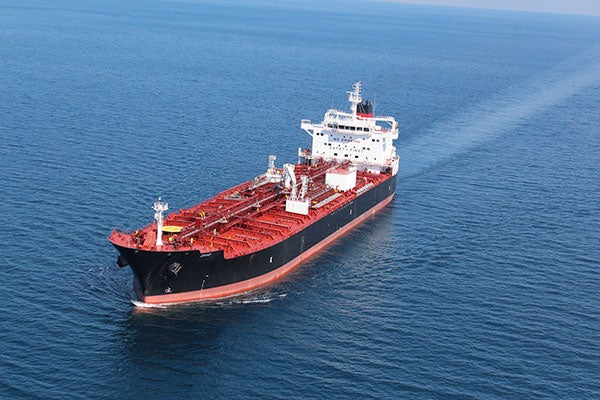 Ohio was delivered to its owner in October 2015 and its christening ceremony was held at Tampa Cruise terminal in Tampa, Florida, US, in November 2015. It is being used to carry crude oil or refined petroleum products for use in US coastwise trade.

In November 2013, Crowley Maritime formed a joint venture (JV) with APSI for the construction of four new product tankers to be delivered in 2015 and 2016. The $500m contract also includes the option of four additional product tankers with deliveries through 2017.

According to the contract and the requirements of Jones Act, Crowley was to own, operate and commercially manage the tankers. ASPI planned to invest approximately $115m for the first four vessels.

However, APSI sold out its interest in the JV to a subsidiary of Marathon Petroleum Corp. (MPC) in September 2015, for an enterprise value of $150m a vessel. APSI will continue to invest in the construction of four vessels, but will not manage the vessels post-delivery. It will receive a pre-tax gain of approximately $10m a vessel from the transaction. The buyout will occur at the time of the delivery of each vessel.

Construction of the product tankers

The construction management services for the four vessels were provided by Crowley’s subsidiary Jensen Maritime, a naval architecture and marine engineering firm based in Seattle.

Ohio and its sister vessels are designed based on the proven design concepts by Hyundai Mipo Dockyards (HMD), one of the world’s biggest shipbuilding companies. The design incorporates a variety of fuel-efficiency features, flexible cargo capability and the latest regulatory requirements.

“It is being used to carry crude oil or refined petroleum products for use in US coastwise trade.”

The tanker measures 183m-long, 32.2m-wide and 19.1m-deep. It has a design draft of 11m, scantling draft of 13.3m and deadweight of approximately 51,500t. It also comprises a service speed of 14.5k and the capacity to carry 14.5 million gallons of crude or refined oil products.