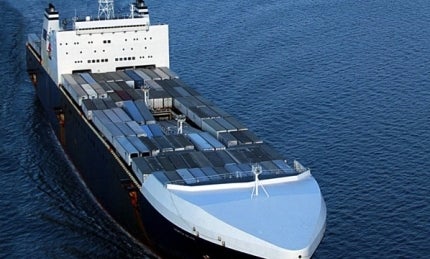 The total investment for the conversion of the two ships is expected to exceed $80m.

"The total investment for the conversion of the two ships is expected to exceed $80m."

The two ORCA class trailer ships Midnight Sun and North Star were constructed by NASSCO and were commissioned in April 2003 and August 2003 respectively. They are assigned +A1 (E), +MS, ACCU classifications by ABS. The ships operate between Tacoma in Washington State and Anchorage in Alaska.

Each of the ORCA ships currently run on twin-screw diesel-electric propulsion systems with a combined installed capacity of 52.2MW each. The vessels’ main engines include four MAN B&W 9L 58/64 each and two MAN B&W 9L 27/38 each, generating 400rpm and 720rpm respectively. The electric propulsion system is of the Alstom 6.6kV type. The diesel engines are capable of operating on both heavy fuel oil (HFO) and marine diesel oil.

LNG conversion will enable the ships to reduce sulphur oxide (SOx) emission by 100%, particulate matter (PM) by 91%, nitrogen oxide (NOx) by 90% and carbon dioxide (CO2) by 35%. Bunkering activities for the two ships will be carried out at Tacoma, Washington.

The project will equip each of the vessels with four 12-cylinder Wartsila 50DF dual-fuel engines and generator sets. The engines can operate using either LNG, HFO or light fuel oil (LFO).

Each of the ORCA vessels has an overall length of 839ft, breadth of 118ft, depth of 90m and draft of 29.6m. The length between perpendiculars is 792ft. The vessels can travel at a speed of 24k and can accommodate 35 people including 22 crew.

With a cargo deck area of 360,000ft² each, the roll-on/roll-off (RO/RO) ships can carry 200 cars each. The ships feature 13 internal ramps and six decks each. Each of the two vessels is also equipped with a sewage treatment plant, a fresh water ballast system and de-icing systems.

Port Canaveral in Brevard County, Florida, is the second busiest cruise port in the world.

The vessels are also equipped with a power management system for automatic control of electrical power generation and distribution, and a centralised control system for machinery including plant control, alarm and monitoring.