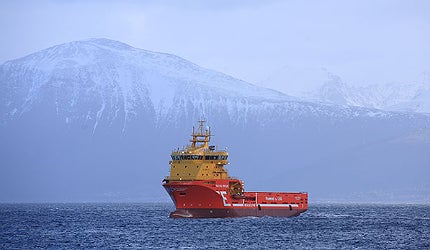 Viking Prince is one of the few offshore supply vessels (OSV) that runs on liquefied natural gas (LNG). She is provided with winterisation and de-icing solutions for use in Arctic waters. The vessel, delivered in March 2012, became the fifth LNG-powered vessel owned by Eidesvik.

The ship was built by Kleven Maritime at its Norwegian shipyard at Ulsteinvik, Ulstein, Norway. The company was contracted in July 2010 to build the vessel along with another vessel of the same design. The total contract value at the time of agreement was $77.28m (NOK440m). The keel was laid in April 2011 and the vessel’s hull was launched in November of the same year.

Features and main dimensions of the LNG-powered OSV

"Viking Prince is one of the few offshore supply vessels that runs on liquefied natural gas."

The DNV-classified OSV is of VS 489 Gas PSV design and is developed by Wärtsilä Ship Design. Salient design features of the vessel include higher energy efficiency, dual-fuel engines that can run on LNG as well as heavy fuel oil (HFO) and marine diesel oil (MDO), and greater vessel performance in terms of fuel economy and cargo capacity.

With dual-fuel technology, the vessel can be switched to diesel mode in case of a shortage in gas supply. Switching from one fuel to another fuel does not reduce speed or power output. Use of LNG will reduce emissions of NOx and CO2 by approximately 85% and 25% respectively.

Accommodation and facilities onboard Viking Prince

Viking Prince can accommodate a total of 24 persons in 12 one-man cabins and six two-man cabins. All cabins are provided with toilet and shower facilities.

Public venues include a smoker’s room, a no-smokers room, a laundry and a gymnasium. The vessel also includes a hospital and an office.

The vessel is provided with a hot/cold water tank washing system. All mud, brine and base oil tanks are cleaned with washing water containing chemicals. Separate piping systems for all kinds of liquid cargo are available on the ship.

Viking prince is equipped with two Cargotec harbour mobile cranes. Each crane can lift a load of 5t at 15m outreach. Other equipment onboard include four tugger winches and a pair of mooring winch (fitted aft). An anchor/mooring winch is fitted forward.

The onboard communications are supported by UHF and VHF radio telephones supplied by Furuno and Motorola. Some other significant instruments include radar transponders, EPIRBs, Inmarst C GMDSS and VSAT antennas.

Machinery and propulsion by Wärtsilä

Viking Prince is configured with a gas electric propulsion system based on Wärtsilä’s Low Loss Concept (LLC). The vessel is fitted with four Wärtsilä main engines, each of which is driven by four Alconza generators.

The Viking Lady offshore supply vessel is the only commercial vessel to use fuel cell technology.

In addition, the vessel is provided with a 339kW-rated Volvo Penta emergency generator.

Propulsion is provided by a pair of Steerprop-manufactured azimuth propulsion system. Each propeller is rated at 2,450kW. For better and smooth manoeuvring, the vessel is fitted with two bow thrusters, each rated at 1,000kW, and an azimuth thruster of 880kW.