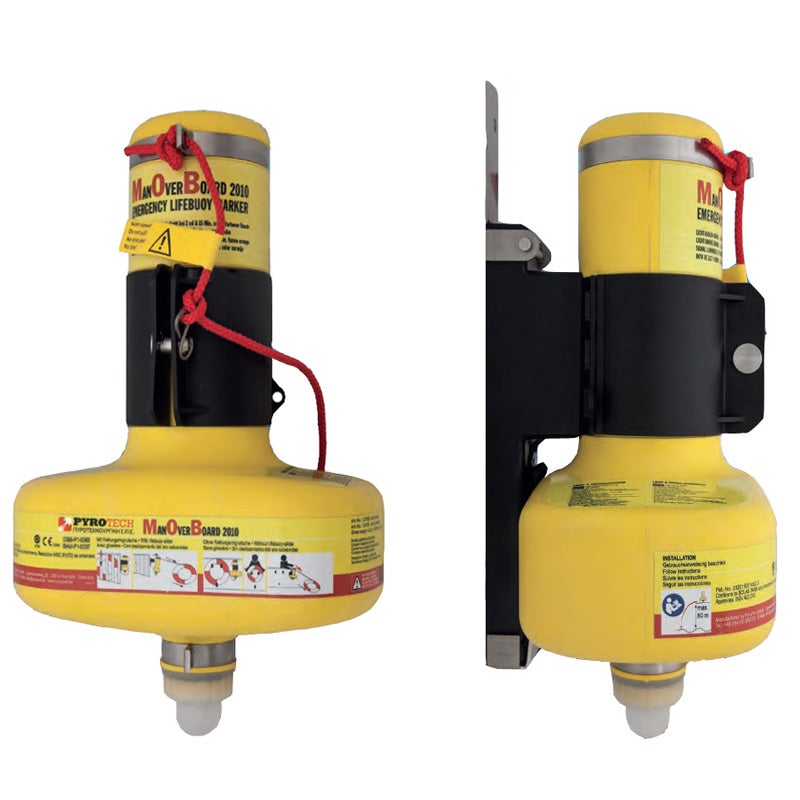 The ManOverBoard 2010 combines illumination and smoke for position marking and detection of the wind direction day and night, even in water covered with petrol and fuel.

The signal produces 15 minutes of thick orange smoke in combination with a unique central led light system. The light is activated automatically and has an illumination intensity of 2cd for at least 15 hours.

All the above makes the ManOverBoar the first rescue system globally that combines light and smoke signals and in the same time meets the requirements of SOLAS / MED and USCG standards.

It can be activated automatically by releasing a connected lifebuoy or manually. The impressive height that can be thrown (reaches 150m) allows its use beyond the traditional, in offshore wind generators, oil and gas rigs and aircrafts.

SAFETY MATTERS is EVAL's catalogue for safety equipment. Download it now and find out our marine lifesaving equipment and accessories, for passengers ships and leisure...