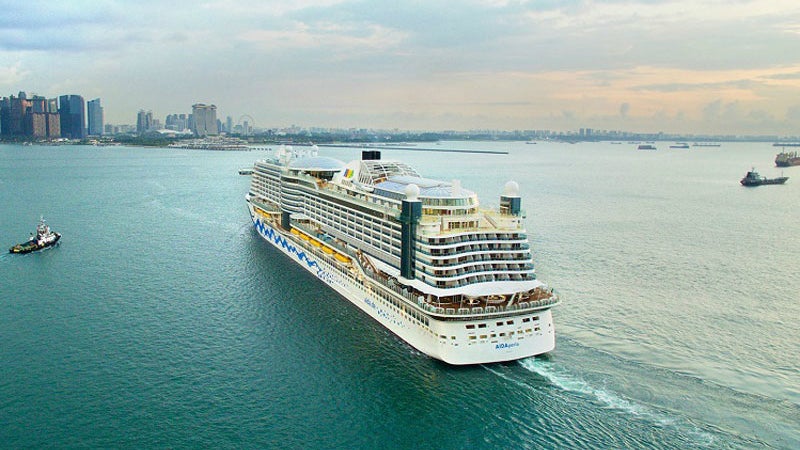 AIDAperla is the second of two new cruise ships built by Mitsubishi Heavy Industries (MHI) at its Nagasaki Shipyard & Machinery Works in Japan, for AIDA Cruises.

Delivered to AIDA Cruises in April 2017, it is the sister ship to AIDAprima, which was delivered by MHI in March 2016.

AIDAperla embarked on a five-day welcome cruise from Palma de Mallorca to Valencia, Spain, on 1 June 2017. It will be christened on 30 June 2017, before commencing voyages to Western Mediterranean destinations in July 2017.

AIDAperla’s slender hull design includes a perpendicular bow, which was developed by Carnival Corporation in association with MHI and the Hamburg Shipbuilding Research Institute (HSVA).

AIDAperla’s suite room occupies an area of up to 115m² and can accommodate up to four passengers. It includes a private sun deck, a separate sleeping area, two bathrooms and a walk-in closet. The veranda staterooms extend over an area of 27m² and can house up to four guests. The rooms feature a 13m² veranda and a separate toilet and shower.

The ocean-view stateroom offers an internal space of 23m² and can accommodate up to four personnel. The interior cabins feature partly separated beds and offer accommodation for up to four guests.

AIDAperla features 15 bars and 12 restaurants, including the Market and the East speciality restaurants, as well as the family-friendly Fuego restaurant that offers a children’s buffet.

The entertainment venues include a three-storey multi-purpose theatre called the Theatrium, a discotheque, a casino, an art gallery, a photo studio, a perfumery, a library, a playground and a fitness centre.

The top deck houses swimming pools, while the sports deck can be converted into an ice skating rink during the winter. The Beach Club is covered with retractable UV light-permeable foil.

The wellness facilities aboard the ship include the Organic Spa, which features five saunas, indoor and outdoor jacuzzis and two sun loungers, as well as Nail Spa, Ruheoase, Shiatsu, Thalasso, Lomi Lomi Nui, and Wellness Oasis.

The cruise ship is equipped with advanced technologies such as MHI’s Mitsubishi Air Lubrication System (MALS), a pod propulsion system, and a new air-conditioning system. The MALS creates small air bubbles at the bottom of the hull to reduce friction between the hull and seawater during the movement. It also enhances fuel efficiency and reduces carbon dioxide emissions.

AIDAperla will embark on its first seven-day ‘Pearls of the Mediterranean’ cruise from Palma de Mallorca to Barcelona, via the Western Mediterranean destinations including Rome (Civitavecchia), Corsica, and Florence (Livorno).

The ship will commence a series of European voyages from March 2018. It will be homeported in the German port of Hamburg for multiple seven-day round trips covering the popular destinations in Western Europe, including London (Southampton), Paris (Le Havre), Brussels (Zeebrugge) and Rotterdam.