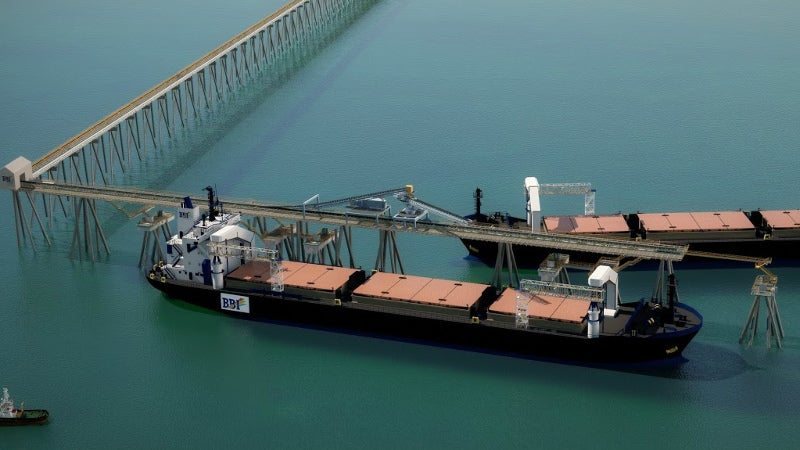 Linking the port on the Pilbara coast between Karratha and Port Hedland, the new railway is expected to minimise costs and increase high value exports of bulk iron ore from central Pilbara.

Construction of the infrastructure project, including the foundation customer mine, is anticipated to start in 2018. It is expected to create approximately 3,300 construction jobs and 900 operational jobs.

The Central Pilbara region lies within the Proterozoic Hamersley Group, which is estimated to be approximately 2.6 billion years old. Most of the iron ore is hosted within the Brockman and Marra Mamba formations.

“BBI acquired the asset through an agreement with Polaris Metals, a wholly-owned subsidiary of Mineral Resources.”

The region is expected to host more than 12 billion tonnes of iron grading 56%-62%. It currently hosts the world-class Rio Tinto mines and the Fortescue Metals Group’s Solomon Hub system.

Flinders Mines’ Pilbara iron ore project is considered to be the foundation customer mine for the infrastructure project.

The project will also be supported by the Weelumurra iron ore asset in the Central Pilbara region. BBI acquired the asset through an agreement with Polaris Metals, a wholly-owned subsidiary of Mineral Resources.

The iron ore facility at the Balla Balla port is estimated to have an initial capacity of approximately 50Mtpa of iron ore with a scope to increase in the future.

The Balla Balla port is owned by the Pilbara Port Authority, and will be leased to and operated by the BBI Group.

BBI proposes to implement an innovative, efficient and low-cost solution for the operation of the Balla Balla Harbour as part of the infrastructure project. The BBI port will be operated as a transhipment export facility, allowing the port development without requirement for any dredging, reducing capital costs.

The port facility’s size can be increased through the installation of additional transhipment vessels and shore-side loading facilities.

Power facility at the port

The project will include the construction of dual-fuel gas-fired power stations at the port, as well as a rail load-out loop station.

“The port facility’s size can be increased through the installation of additional transhipment vessels and shore-side loading facilities.”

Fuel for the power station will be sourced from the Burrup Gas Line and supplemented by power from the grid via the Horizon Karratha to Port Hedland power line.

Details of the rail Line

On 23 January 2017, the Western Australian Government signed a state agreement for the construction with BBI Rail Aus, a wholly-owned subsidiary of BBI Group.

The BBI railway line will be a 160km single-track standard gauge line connecting the port to the railhead and the stockyard, and leading into the central Pilbara region.

The heavy-haul railway will have a design life of 50 years and be capable of carrying 40t axle loads.

Each BBI rail is expected to hold approximately 23,100t of iron ore and comprise 170 wagons powered by three distributed power diesel locomotives, including two at the front and one at the rear. The round trip from port to port is expected to take 11 hours on an average.

The current rail line will include the construction of a bridge structure on the road over the rail-bridge crossing the North West Coastal Highway, 12km west of the town of Whim Creek.