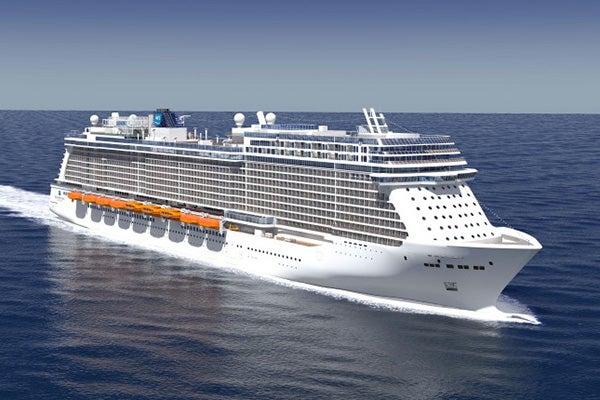 Norwegian Escape is a new cruise ship built by Meyer Werft in Papenburg, Germany, for Norwegian Cruise Line (NCL). It is the first ship in the Project Breakaway Plus series and the biggest cruise ship in NCL’s fleet.

Norwegian Escape is home-ported in Miami and will be christened on 9 November 2015. The ship is expected to embark on its seven-day maiden voyage in the same month to Eastern Caribbean, sailing through Tortola, the British Virgin Islands, St. Thomas, US Virgin Islands, and Nassau, Bahamas.

"NCL signed a €1.4bn contract with Meyer Werft in October 2012 for the construction of two Breakaway Plus class cruise ships."

NCL signed a €1.4bn contract with Meyer Werft in October 2012 for the construction of two Breakaway Plus class cruise ships. The vessels were christened Norwegian Escape and Norwegian Bliss in October 2013.

The total construction cost of Norwegian Escape was approximately €700m, which was arranged by KfW IPEX-Bank of Germany in the form of export credit financing.

The vessel’s construction began at the Meyer Werft shipyard in March and the keel laying ceremony was held in September 2014. The vessel was delivered in October 2015.

Technical specifications of the Breakaway Plus cruise ship

The new cruise ship is designed to provide accommodation for 4,200 guests and features a range of suites, including The Haven by Norwegian, Mini-Suites, Balcony and Oceanview staterooms, as well as Inside and Studio staterooms.

Four Owner’s Suites, each measuring 572ft², are furnished with a king-size bed and a large balcony, as well as an option for additional bedding for two.

The 25 two-bedroom 540ft² Family Villas provide accommodation for up to six guests in its two bedrooms with attached bathrooms, with a provision for a single sofa bed and a pullman bed to accommodate two additional guests. The suites have floor-to-ceiling windows and private balconies offering panoramic views of the sea.

The Haven Courtyard Penthouses include 22 penthouses in the Haven and 14 aft-facing and 12 forward-facing Penthouses on additional decks for accommodating up to three to four guests.

The 14 Haven Spa suites provide easy access to the Mandara Spa and fitness centre, as well as complimentary access to the Thermal Spa Suite during regular spa hours. The Deluxe Spa Suite and the regular spa suite provide accommodation for up to three and two guests respectively.

The 407 Inside staterooms are connected to the interior corridor and feature two lower convertible beds, plus an option for two additional pullman beds.

Solo travellers are accommodated in 82 studios with access to the private Studio Lounge. Each room features private keycard access, a full-size bed and a 100m² area for toilet, sink and shower.

The most popular features of the ship are The Waterfront and the 678 Ocean Place, which comprise restaurants, bars and entertainment and gaming zones. An exclusive element of the ship is its portrait studio, which allows guests to take professional photographs.

At the centre of the three-storey open atrium has an attractive LED chandelier. The atrium is accessible to all three decks and the floating glass staircase that connects all levels of the ship.

The Escape Casino on deck seven features the Skyline Bar, 357 of the latest slot machines and 28 gaming tables for guests to play poker, blackjack, roulette and craps.

"The Escape Casino on deck seven features the Skyline Bar, 357 of the latest slot machines and 28 gaming tables for guests to play poker, blackjack, roulette and craps."

The ship offers a variety of dining options, including the Private Room at Taste, which is located beneath the main Taste restaurant on deck five.

La Cucina offers Italian cuisine, allowing guests to choose to dine al fresco on the outdoor patio at The Waterfront or at the interior terrace venue. The Brazilian-style steakhouse, Moderno Churrascaria, offers indoor and outdoor dining at The Waterfront, while the Cagney’s Steakhouse serves steakhouse favourites.

Deck six features a two-storey video wall, as well as the Bar at The Atrium with The Shore Excursion Desk, internet café and an art gallery located near the atrium. Three meeting rooms and a multipurpose room, which can be used as a card room and library, are also located on deck six.

Norwegian Escape is powered by five MAN V48/60CR-type engines, which provide a total output of 76,800kW. The engines feature a common-rail injection system that increases performance by reducing fuel consumption and emissions.

The vessel is fitted with five scrubbers from Green Tech Marine for cost-effective exhaust gas cleaning.

11 Dec 2020
Registration is disabled.
We use cookies to ensure that we give you the best experience on our website. If you continue to use this site we will assume that you are happy with it.ContinueLearn more