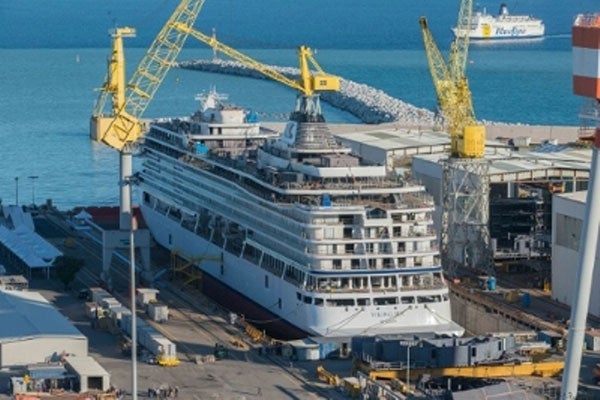 Viking Sea is the second ship of the Viking Star-class of cruise ships operated by Viking Ocean Cruises. The first ship in the series, Viking Star entered service in March 2015.

In June 2015, Viking Sea was launched at Fincantieri’s shipyard in Ancona, Italy. Steel for the project was initially cut at Marghera shipyard in September 2014. The ship was delivered in March 2016.

Viking Sea completed its maiden voyage from Istanbul to Venice in April 2016. The ship was christened on London’s Thames River in Greenwich in May 2015.

The third ship on order, Viking Sky, is also being constructed at Fincantieri’s shipyard, and will debut in 2017. The ship was launched in March 2016. All three ships will sail through popular routes in Scandinavia, the Baltic, and the Western and Eastern Mediterranean.

In November 2015, Viking Ocean Cruises ordered a further two cruise ships from Fincantieri. These ships will be similar to the three Viking ships, and will join the fleet in mid-2018 and at the end of 2020, respectively.

Deck 2 houses a theatre, a bar, two cinemas, shops, an atrium, a multi-cuisine restaurant, and a wraparound promenade. Deck 3 features 97 staterooms, Deck 4 has 123, Deck 5 has 111, and Deck 6 features 99 and a navigational bridge. Decks 1-6 have a self-service launderette.

The uppermost deck, Deck 9 features an outdoor gym and a yoga area. Below Deck 1, Deck A houses a medical centre.

The vessel features a variety of accommodation facilities to suit passenger requirements. It has five stateroom categories, including standard, deluxe, and penthouse verandas, and junior, explorer and penthouse suites.

Explorer suites are two-room suites offering ocean views from private verandas. They feature the highest number of amenities of all the onboard stateroom categories.

The ship offers multiple dining options. The Restaurant on Deck 2 and the World Cafe on Deck 7 offers a variety of global cuisines and regional specialties.

Entertainment and other amenities

Viking Sea features a three-deck atrium where musicians play regional and classical music. The Theatre on Deck 2 hosts live performances, lectures from scholars and experts, and an onboard cooking school.

The Torshavn piano lounge is located on Deck 2. The cinemas show a mix of recent and classic movies.

On Deck 7, the main pool’s retractable dome allows swimming in any season, while a glass-backed infinity pool allows guests to observe their surroundings as they swim.