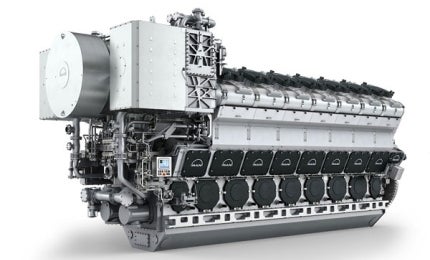 Jan De Nul Group awarded a contract to Uljanik shipyard for the large self-propelled CSD JDN8069 in March 2015. The vessel will be delivered in February 2017.

MAN Group was awarded a contract to deliver MAN L/V 48/60CR medium-speed marine diesel engines for the CSD vessel in August 2015. The 48/60CR is one of the most successful engine types utilised in dredging vessels. The engines will be produced at MAN’s main production plant located in Augsburg, Germany.

JDN8069 will have an overall length of 151.3m, breadth of 36m, draught of 5.75m and dredging depth of 45m. It will be outfitted with accommodation facilities for carrying 67 personnel.

The vessel will be fitted with a rotating cutter head, which can cut hard soil into fragments. The onboard suction pump with a diameter of 1,100mm will take in the cut soil. The material will then be pumped ashore using a 1,100mm discharge pump or a 1,000mm barge loading pipe for loading into a split hopper barge moored alongside, which in turn can then offload the dredge sediment at the set location.

The cutter head, cutter drive and the suction pipe will be mounted on a flexible cutter ladder with suspension. The dredger will be provided with vibration reduction means to absorb the shock-loads and vibrations during rock dredging.

The cutter-head drive, dredger and booster pumps will be equipped with gearboxes supplied by RENK.