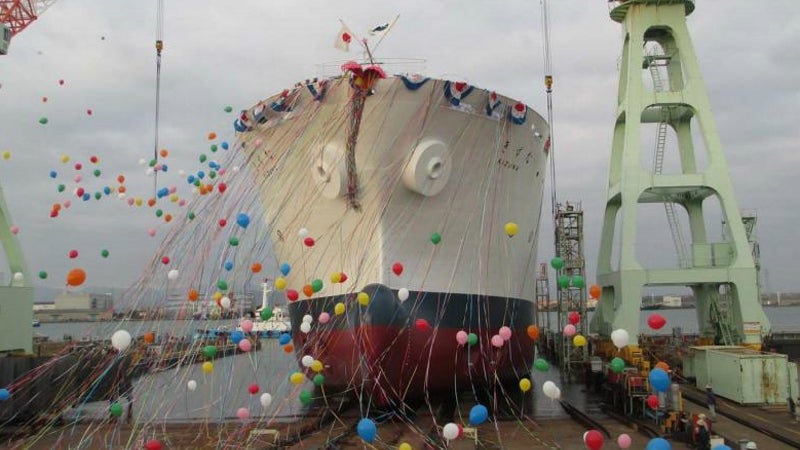 Kizuna is a new subsea cable-laying vessel under construction at Kanrei shipyard in Tokushima, Japan, for NTT Finance. The new ship will perform cable-laying missions in Japanese waters.

The vessel was launched in November 2016, and will be fully outfitted with equipment and systems by the end of 2016.

Upon its delivery to NTT Finance, the cable-layer will be leased to NTT World Engineering Marine Corporation (NTTWEM). The vessel will be used by NTT Communications and other telecommunication companies and service providers to carry out the installation, maintenance and repair of subsea cables.

The new cable-layer, alongside its sister ship Subaru and three other vessels operated by NTTWEM, will offer fast and reliable submarine cable-laying and maintenance services.

The vessel can also be used to transport containers and provisions, vehicles, mobile network base stations and satellite communication systems during disaster recovery operations, as well as offer temporary accommodation for NTT group employees stationed in disaster areas.

“Kizuna will carry a remotely operated vehicle (ROV) that will be used to lay subsea cables at a maximum depth of 2,500m.”

The main working space will be located at the stern and the vessel will be equipped with a range of modern cable laying equipment and systems.

Kizuna will carry a remotely operated vehicle (ROV) that will be used to lay subsea cables at a maximum depth of 2,500m.

The ROV will also allow the crew to rapidly find points of failure so that they can repair and replace cables. The vessel will also feature equipment to search for cables buried under the sea floor.

A dynamic positioning (DP) system will maintain the ship’s location over fixed points at sea. The ship will also be equipped with a global positioning system (GPS), heading reference systems and a wind direction anemometer to determine the ship’s position and external forces.

The vessel can survive wind velocities up to 14m/s, wave heights up to 3m and ocean currents up to 3k.

The vessel will be equipped with an electric propulsion system, with two azimuth propellers that can be steered 360° in the horizontal direction for high manoeuvrability.

The propulsion system will also integrate bow tunnel thrusters and allow the ship to sail at an average cruising speed of 13k.