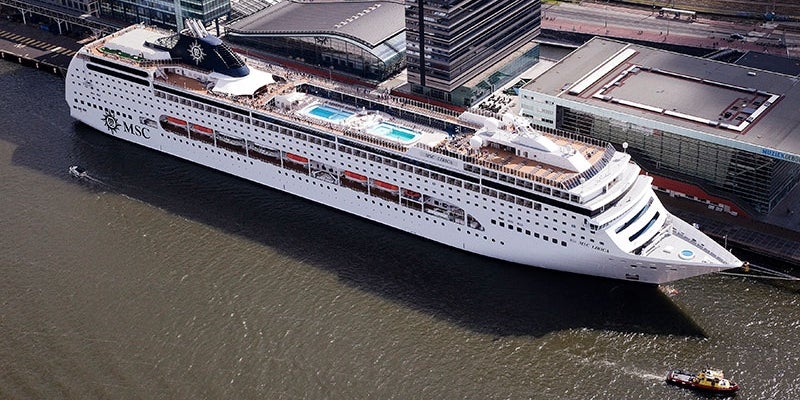 MSC Lirica is one of the four Lirica-class ships renovated under the Renaissance Programme initiated by MSC Cruises, the class owner and operator.

Viking Sea is the second ship of the Viking Star-class of cruise ships operated by Viking Ocean Cruises.

The overhaul of MSC Lirica was performed at Fincantieri’s shipyard in Palermo, Italy, and completed in November 2015, marking the end of the two-year renewal programme that began in 2013.

The ship was completely customised for Chinese customers and reached her new homeport of Shanghai on 1 May 2016, after completing a 60-day grand voyage from Rio de Janeiro in Brazil via Barcelona, Marseille, Genoa and Dubai.

The cruise vessel also offers a wide choice of wellness and relaxation options, as well as personalised cruise ambassador services.

MSC Cruises initially announced its €200m ($273m) renovation programme in December 2013, which involved the renewal and enlargement of four ships from its 12-vessel fleet.

The programme formed part of the company’s second €5bn fleet expansion plan that also included the addition of seven next-generation ships to be jointly delivered by STX France and Fincantieri.

MSC Cruises announced an additional €4.5bn investment in its fleet expansion plan in 2016.

The company has signed a letter of intent (LoI) with STX France for the construction of four new world-class ships equipped with the latest next-generation LNG propulsion technology.

A total of eleven new next-generation ships are expected to enter service between 2017 and 2026 following the latest investment.

The programme saw the vessels remodelled with new entertainment options, improved technological features, expanded shops and 200 new cabins per ship, increasing the capacity of each ship by 500 guests.

The other three ships renovated under the programme were MSC Armonia, MSC Sinfonia and MSC Opera.

The four ships, including MSC Lirica, were originally built between 2003 and 2005 at STX yards in France.

MSC Armonia was the first ship to undergo restyling as part of the development and resumed services in November 2014.

For the South African market, MSC Sinfonia returned to service in March 2015, while MSC Opera, which was dry-docked between May and July 2014, was homeported in Cuba’s capital Havana from December 2015.

The cruise ship’s gross tonnage is 65,591t and it possesses a maximum cruise speed is 21.7k, while its average speed is 18k.

It contains a total of 992 cabins and can accommodate 1,984 passengers and 721 crew members.

Lirica is designed to feature multiple cabin types, including 130 suite cabins, 94 balcony cabins, 345 ocean-view cabins, 64 partial outside view cabins and 352 inside cabins, each offering a variety of facilities for passengers.

Suite cabins are approximately 27m² in size and are equipped with facilities such as a private balcony, double bed, air-conditioning, wardrobe, bathroom with bathtub, TV, telephone, wireless internet access, mini-bar, and a safe deposit box.

Balcony cabins are 17m² and offer the same facilities as suites. Ocean view suites measure between approximately 13m² and 22m² in size and offer a double-bed, which can be converted into two single beds on request.

“The ship was completely customised for Chinese customers and reached her new homeport of Shanghai on 1 May 2016.”

Certain cabins are available for families with a separate bedroom area and living area with up to four berths.

Deck 7, known as Scarlatti, houses 196 cabin suites, including inside cabins, ocean view cabins and outside view cabins, in addition to a medical centre.

Finally, Deck 13 is known as the Sundeck and offers a mini-golf area.