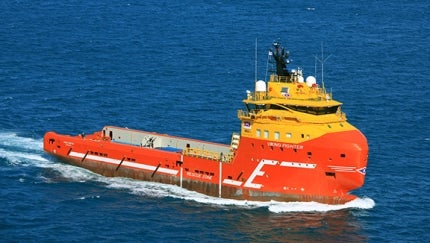 The ship was designed in Alesund, Norway, and its hull was constructed at STX OSV Braila in Romania prior to its assembling in STX OSV Brattvaag. The vessel is classified as DNV 1A1 class by Det Norske Veritas (DNV).

"The vessel is classified as DNV 1A1 class by Det Norske Veritas (DNV)."

The naming ceremony of Viking Fighter was held in July 2012 and the vessel was delivered to the owner in the same month. The ship is owned by NorSea Group (NSG) and managed by Eidesvik. The chartering and operation of the vessel have been entrusted to Maritime Logistic Services.

The vessel will operate in the North Sea and the Barents Sea with lower resistance and operating cost due to its design, and will be capable of carrying out firefighting services and oil recovery operations.

Design and capacity of the platform supply vessel

The vessel will be capable of accommodating 26 people in 12 one-man cabins and seven two-man cabins. All the cabins are provided with shower and toilet facilities.

Public facilities onboard Viking Fighter include a non-smokers area, a smokers area, a laundry room, a gymnasium, three state cabins, an office and a hospital room.

A Norsafe 655 Mako MOB-boat with a capacity of accommodating six people and six 16-man liferafts are provided in the vessel.

Viking Fighter will be equipped with a tank washing system comprising both hot and cold water, a liquid mud tank and a base oil tank. The vessel will also be integrated with chemical injection systems for cleaning.

The ORO system, comprising a MEL-C electrical boiler with a capacity of 1,250kW and steam lances for heating the ORO tanks, was supplied by Parat. The boiler acts as a back-up for the central heating system of the vessel.

Viking Fighter is fitted with a crane with a load lifting capacity of 2t at 17m outreach. Other equipment onboard Viking Fighter include two tugger winches, a forward mooring winch and a pair of Capstan fitted aft.

"The vessel will operate in the North Sea and the Barents Sea."

The vessel is propelled by two Schottel Twinpropellors with azimuths of 1,600kW each.

The main generators include two AvK DSG 99 K1/8W and two AvK DSG 86 M1/8W capable of producing 690V of power each. The vessel is also equipped with a Leroy Somer generator with a capacity of 440V and a C6.6 ACERT Caterpillar generator for emergency.

Furthermore, the vessel is equipped with a Brunvoll FU-74-LTC-2000 Bowthruster and a Brunvoll AR-63-LNA-1650 Azimuth thruster with rated capacities of 850kW and 800kW respectively.